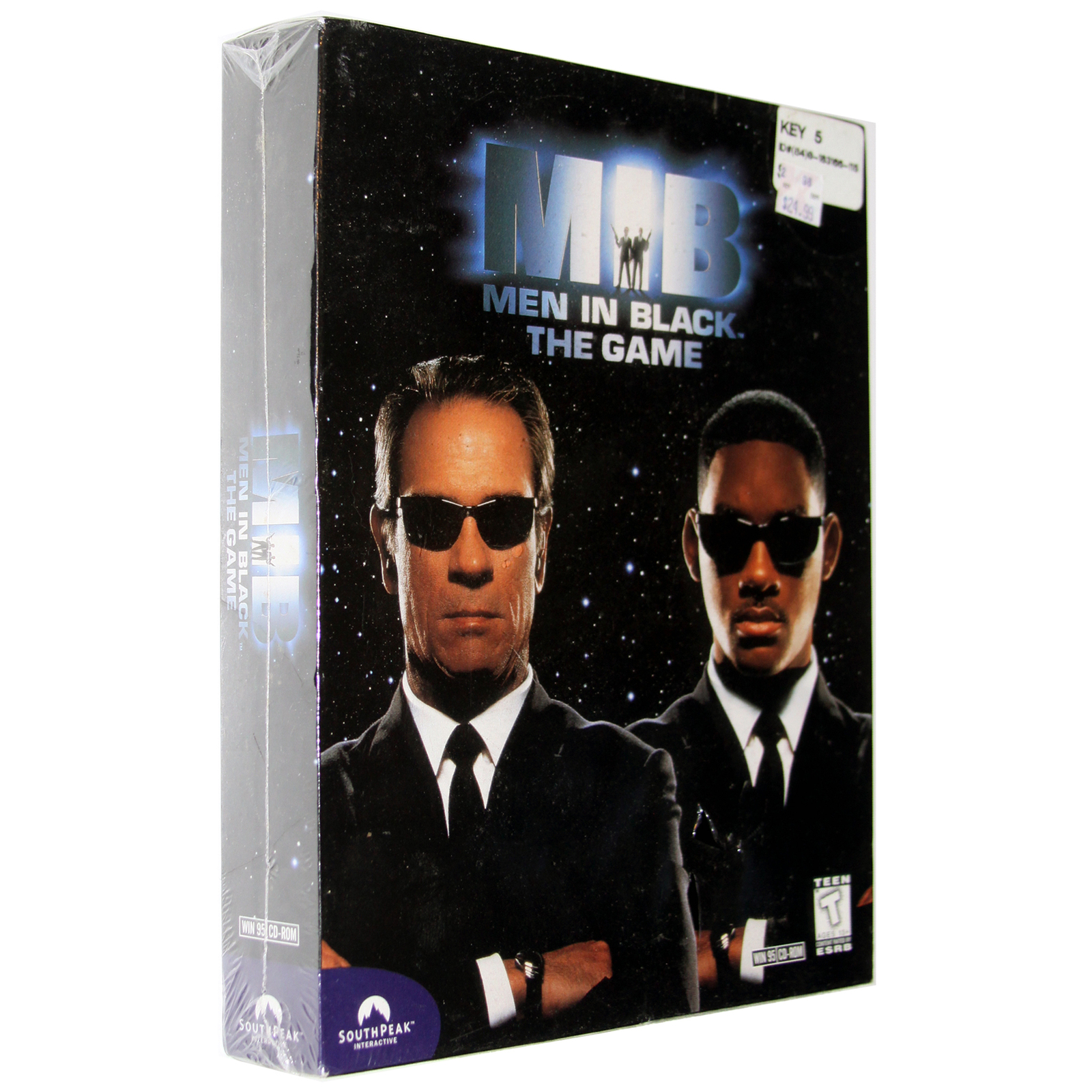 Developed by: Gigawatt Studios (1997) - Third-Person 3D Action - Rated: Teen
Men in Black: The Game is based on the hit movie of the same name and uses the likenesses of the characters in the movie with digitized voices that closely match those of the actors. This adventure title from SouthPeak Interactive is in the third-person perspective. Run, jump, engage in hand-to-hand combat or use advanced weaponry on the alien scum of the universe. Amidst all this you must also solve challenging puzzles to accomplish your mission.
From the Arctic to the Amazon, there are four game scenarios to be solved in Men in Black: The Game. In the initial scenario, which takes place in New York, you play as James Edwards, New York City cop. If successful in completing the initial scenario Edwards becomes Agent J, as in the movie.
In all but the initial scenario the player can select one of Agents J (Will Smith's movie character), Agent K (Tommy Lee Jones' movie character), or Agent L (Linda Fiorentino's movie character).
Buy For: $29.99 - $29.99
Condition: [BRAND NEW / SEALED] "US Retail" LARGE boxed copy: 100% complete
Availability: Usually Ships Within 24 to 48 Hours
Eligible for FREE tracking & delivery confirmation