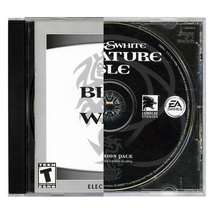 Black & White Deluxe [PC Game] added to cart. Only one available in stock 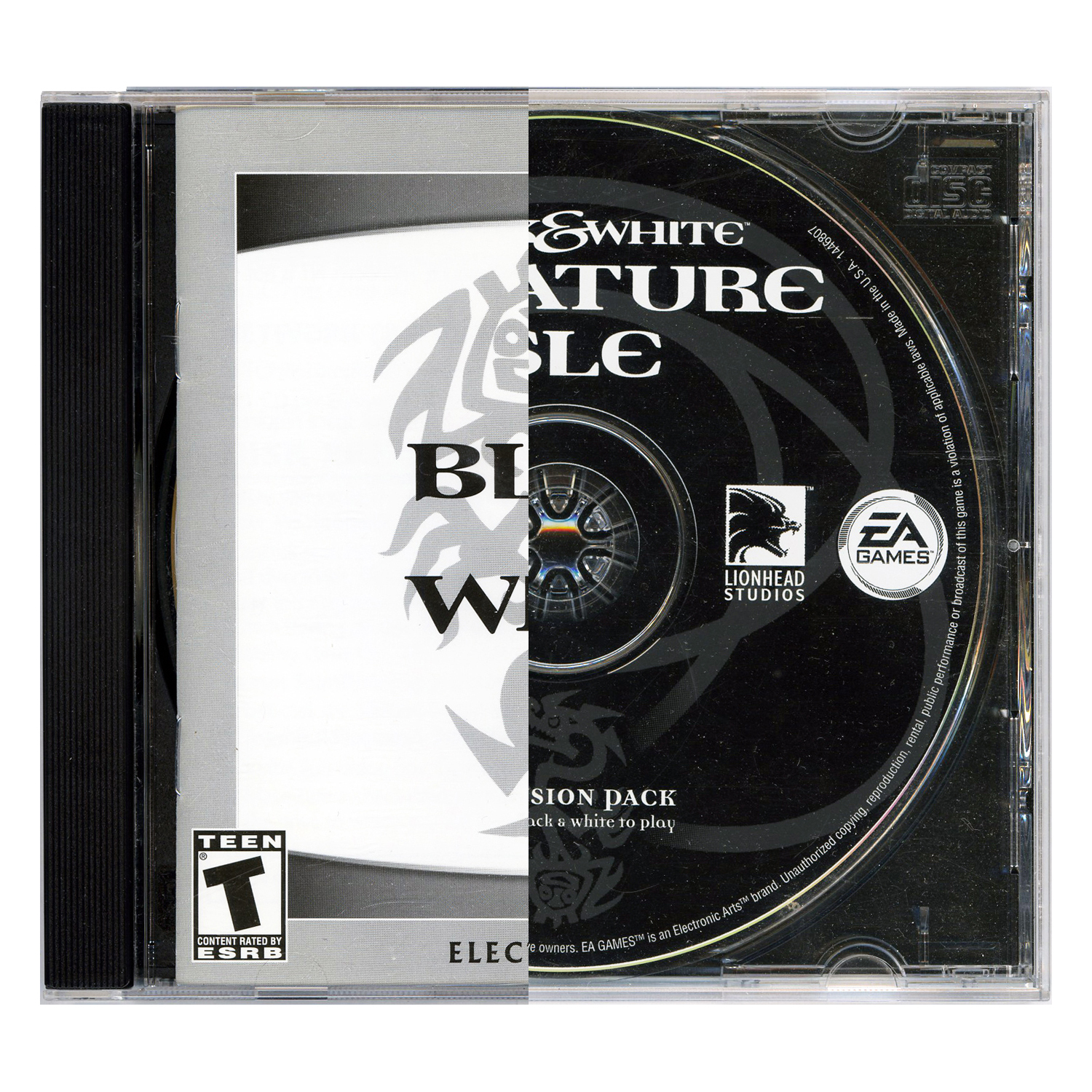 This bundle from EA Games includes Lionhead Studios' innovative real-time strategy "God" game, Black & White (2001), and its only official expansion pack, Black & White: Creature Isle (2002). Black & White combines elements of several different genres into one multifaceted real-time strategy game. The player becomes an ethereal overseeing presence, a true god in the game world of Eden, who looks after the tribes of various villages. Each tribe in Eden offers its spiritual power to the god it chooses to worship in the form of "prayer energy." It is this power gained from the followers' belief that allows the player to perform miracles to influence the world of Black & White. When all is said and done, a population of devoted worshipers is by far the most crucial resource for any deity. Each god in Eden chooses a familiar, a creature that begins as a fairly normal animal but can grow into a giant, powerful beast. Beginning gods can choose a tiger, a cow, or an ape, but other animals become available as the game moves on. Each creature develops individually, learning new behaviors by watching the actions of its master and reacting to the treatment it receives.

Players can teach their great beasts to punish unworthy followers, help the tribe with magical gifts of food or wood, and defend the land against rival gods and their equally dangerous familiars. Creature Isle is the expansion pack for Black & White. Developed in concordance with community feedback and fan suggestions, the add-on strives to leave the versatile, balanced structure of the original game intact while improving and enhancing some of the more popular aspects of play. While "prayer power" may still be a god's most important source of influence, the emphasis of this release is less on village management and more on creature development. The story of Creature Isle involves several other creatures, giant and mighty like the player's own but without a godly overseer such as the player to steer their behavior. The player's creature must complete a total of 24 tasks and feats to win full acceptance by this group. Each time a mission is completed, the creature who issued the challenge becomes available to the player. A female creature lives on the island as well and a later challenge is to develop the player's creature to become a worthy mate for her. The competition to win her heart will be fierce and the player's creature must be trained and nurtured to gain the skills and abilities it will take to stand out from the other suitors.

PLEASE NOTE: What you see is what you get, NO STOCK photos are used.