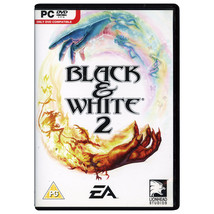 Black & White 2 [PC Game] added to cart. Only one available in stock 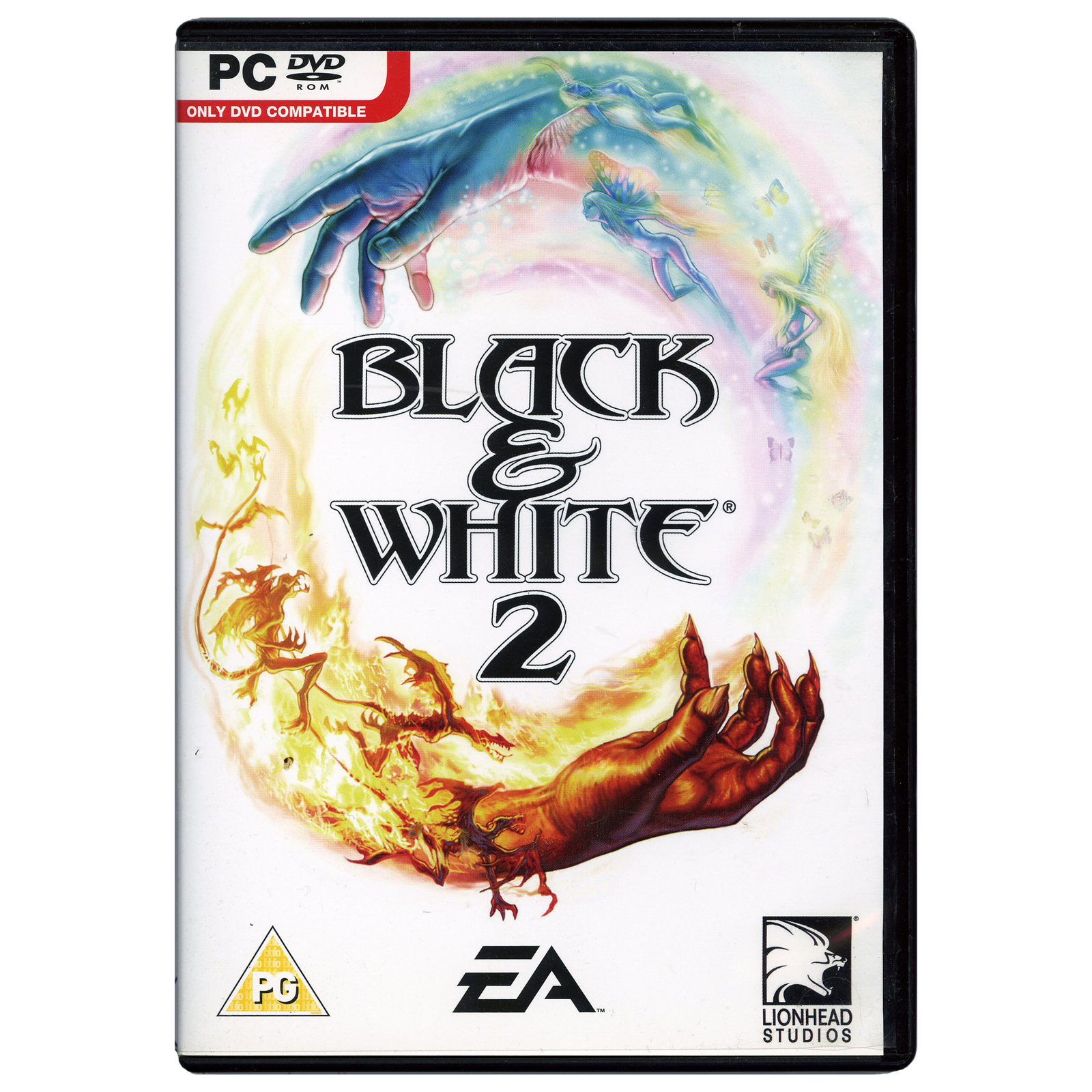 Players personally steer the fate of an entire civilization, for better or for worse, in this action-strategy sequel designed to further live up to the divine ambitions of the original. Like the first game, Black & White 2 places players in the role of a powerful god, who can bless or curse the people of the land with the snap of the finger or flick of a wrist. Benevolence inspires adoration, and punishment inspires fear, but in either case, faithful followers are any god's primary resource and it is their belief and devotion that allows the deity to perform awe-inspiring acts.

The building and management elements in Black & White 2 are somewhat more structured than in the original game, and the game's main interface has been streamlined. As in the original, individual villagers may have special prayers from time to time, posing distinct dilemmas to deities who chose to answer them. Once again, the comical, cartoonish angel and devil pop up occasionally to offer their yin and yang commentaries, and to provide insight on the practical pros and cons of both the "good" and "evil" possible solutions to a problem.

Perhaps somewhat less prominent than in the first game, but of no less importance, is the player's creature -- an animal avatar in the earthly realms. As a creature grows and learns, it begins to reflect its master's propensity toward good or evil, in both behavior and appearance. There is less of an absolute demand for creature training in Black & White 2, even though its benefits are no less rewarding. Creatures can now be assigned to many menial tasks, which they will dutifully complete. Unless they are taught to think and act for themselves, however, they will never develop into much more than large, powerful drones which must be continually managed.