X-Men: The Official Game [PC Game] added to cart. Only one available in stock 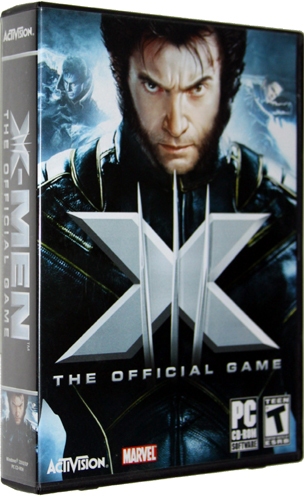 Deemed the prelude to X-Men: The Last Stand by lead game designer Jason VandenBeghe and executive producer Scott Bandy, X-Men: The Official Game is set between the events of the second and third X-Men movies, and characters are voiced by the actors who portray them in the films. Join forces with other mutant superheroes, including Storm, Colossus, and Cyclops to defeat villains like Pyro, Magneto, and Sabretooth.

Play through 31 levels as one of three main characters. As Wolverine, you can slice through enemies with adamantium claws while quickly regenerating your wounds, or you can try teleporting as Nightcrawler. If you'd rather play it cool, engage in a little combat snowboarding with Iceman by freezing just about anyone and anything while shredding around on an ice slide. Enhance your character by earning mutations to spend on one of five attributes including health, strength, and regeneration.

From the Manufacturer: An official bridge between the events of the two films, X2: X-Men United and X3: The Last Stand, X-Men: The Official Game follows main characters Wolverine, Nightcrawler, and Iceman as they embark on a 28-mission journey to defeat Hydra, the Brotherhood, and a collection of other surprise villains. Features include character-specific level geometry and super-powers, voice-overs from select members of the motion picture cast, and an original narrative written by Chris Claremont and Zak Penn.