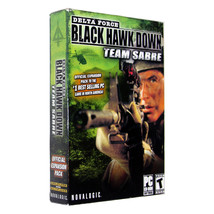 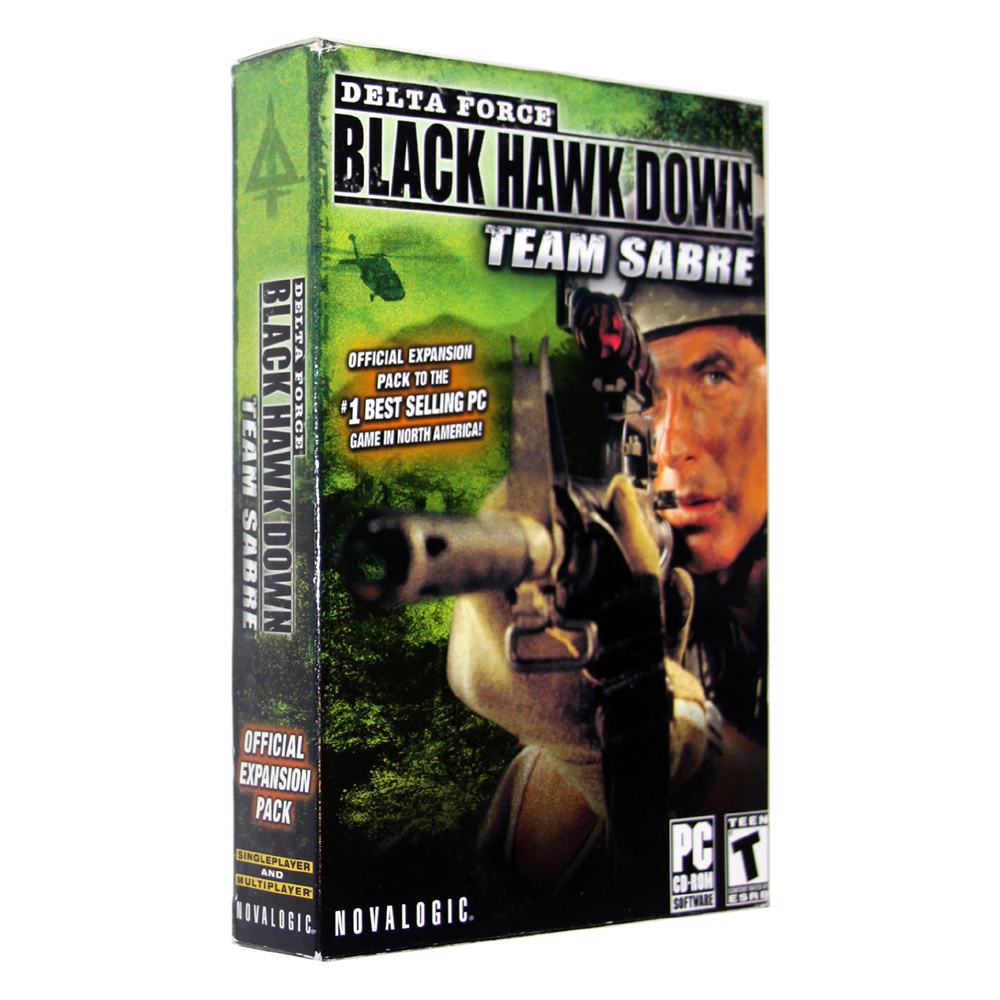 Players rejoin the Army's elite special operations division, and are re-deployed to accomplish dangerous missions at trouble spots around the globe, in this add-on for NovaLogic's Delta Force: Black Hawk Down. This tour of first-person-action duty will take players from the main game's streets of Somalia to remote islands in the Persian Gulf, and to South American jungles teeming with danger, in two new single-player campaigns.

Players may make use of various modes of in-game transportation, driving heavily armed land vehicles, piloting Zodiac watercraft, or flying the titular Black Hawk helicopters. Up to 32 gamers can play together online, through the publisher's free "NovaWorld" service. As with most expansion packs, Team Sabre requires a full installation of its parent game, Delta Force: Black Hawk Down.

Game Name Special Features: Fight your way through 11 deadly missions Internet and LAN support for over 30 multiplayer games Create your own maps using the included editor