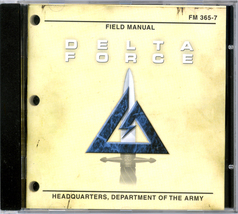 Delta Force [Classics] [PC Game] added to cart. Only one available in stock 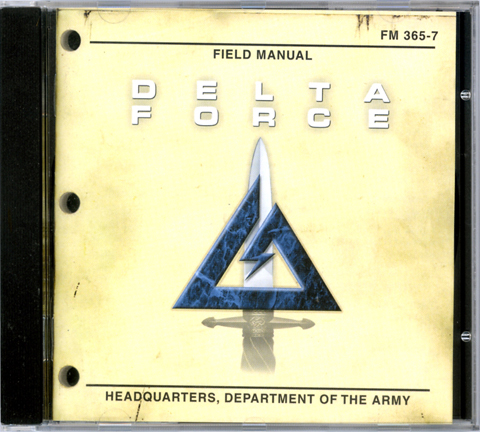 Developed by: NovaLogic - Electronic Arts (2000) - Squad-Based Shooter - Rated: Teen
In Delta Force, players combat terrorism around the globe. Created in Oct '77 at Fort Bragg as an immediate response resource to world terrorist groups, the team consists of elite troops from the 82nd Airborne, Special Forces Green Berets and U.S. Army Rangers. Rite of membership encompasses intense training in Close Quarters Battle, specialized reconnaissance, hostage rescue, and counter-terrorism techniques.
In the game, players join a team so secretive that the U.S. Department of Defense does not confirm its existence. From both first and third-person perspectives, players participate in over 40 single player or cooperative missions covering a wide range of actions in many of the world's dangerous flash points. Whether in Asia, Africa or Russia, among others, intense action is guaranteed with access to a deadly arsenal consisting of five primary and four secondary weapons, side arms, heavy equipment, and accessories.
Multiplayer action accommodates up to 30 players with four modes: Cooperative, Deathmatch, Capture the Flag and King of the Hill. As in single player action, a wide variety of options, ranging from time limits to use of a Global Positioning System to track movement, are available. Delta Force supports Internet, LAN, serial cable and modem play, and comes with a default browser setting to the NovaWorld server.
From the Manufacturer: As a member of Delta Force--The Army's Elite, top secret special forces unit--the word "impossible" is not in your vocabulary. In Delta Force, you will conduct missions swiftly and silently, in every possible terrain, under every imaginable condition and through unconventional means.
Buy For: $14.99 - $14.99
Condition: [LIKE NEW] "US Retail" Jewel case edition (100% complete & in mint condition)
Availability: Usually Ships within 24 to 48 Hours
Eligible for FREE tracking & delivery confirmation