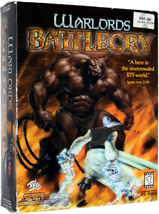 Warlords: Battlecry [PC Game] added to cart. Only one available in stock 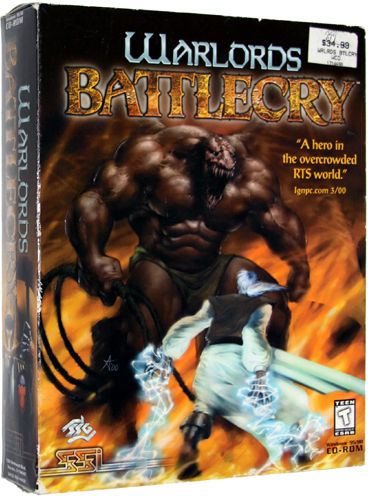 Control of The Tears of Dawn and their unearthly powers sits center stage in the real-time strategy, fantasy role-playing game Warlords Battlecry. Two forces, one good, one evil, battle for possession of a land called Etheria through a series of 36 single-player episodes (campaign). A new element has been integrated into gameplay, the development of heroes, which signals a departure from the strictly real-time aspect familiar to fans of the previously released Warlords series.

In addition to the single-player campaign, Warlords Battlecry offers both a Skirmish mode in which you fight up to five computer-controlled players on either standard or random maps as well as multiplayer action for six via LAN, four over the Internet, or two by modem. As with the single-player campaign, the game combines combat, heroes and magic in a blend of action requiring formation of armies, spell casting, questing, combat and empire building. An automatic resource gathering option allows you to focus on strategy in lieu of resource management, if desired.

The game also includes a scenario editor/builder that allows for full customization of existing scenarios as well as creation of new ones. All aspects are changeable including terrain, buildings, armies, events, sides and even game options. Sound, settings and graphic displays are also available for customizing gameplay. Whether you follow the Path of Light or the Path of Darkness, favor brute force or magic, or enjoy multi- or single-player adventures, entering this fantasy-based war-torn world may well induce you to utter your very own Warlords Battlecry!