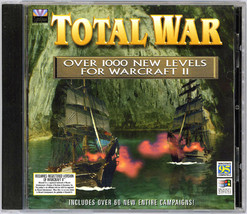 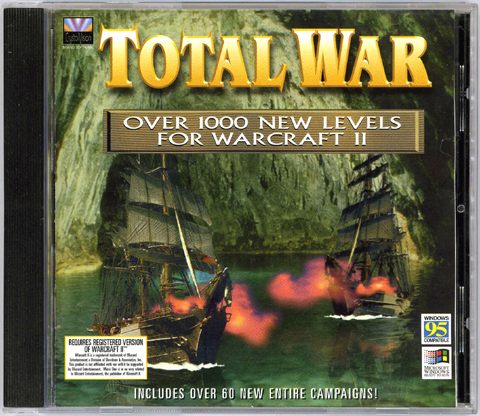 Though beaten back and fatigued from years of ongoing battle, the noble Humans of Azeroth continue to defend themselves from the invasion of the evil Orcish horde.  Never before has a game package put together more combat, strife, conflict and nail-biting excitement than Total War.  Battle your way through over 1000 scenarios and more than 60 entire campaigns.
Lead your forces to victory against the computer, or battle your friends in the hundreds of multi-player games in Total War.  There are even co-operative scenarios where you and your friends can work together to fight back the Orcish horde or devastate the Human empire.  You may have seen a battle or two, you may have even thought the war was over, but you haven't seen the TOTAL WAR.
Requires full version of WarCraft II: Tides of Darkness to play.
Buy For: $14.99 - $14.99
Condition: [LIKE NEW] "US Retail" Jewel case edition, 100% Complete.
Availability: Usually Ships Within 24 to 48 Hours
Eligible for FREE tracking & delivery confirmation