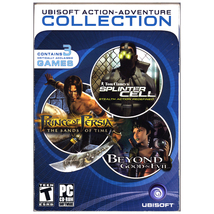 Ubisoft Action-Adventure Collection [PC Game] added to cart. Only one available in stock 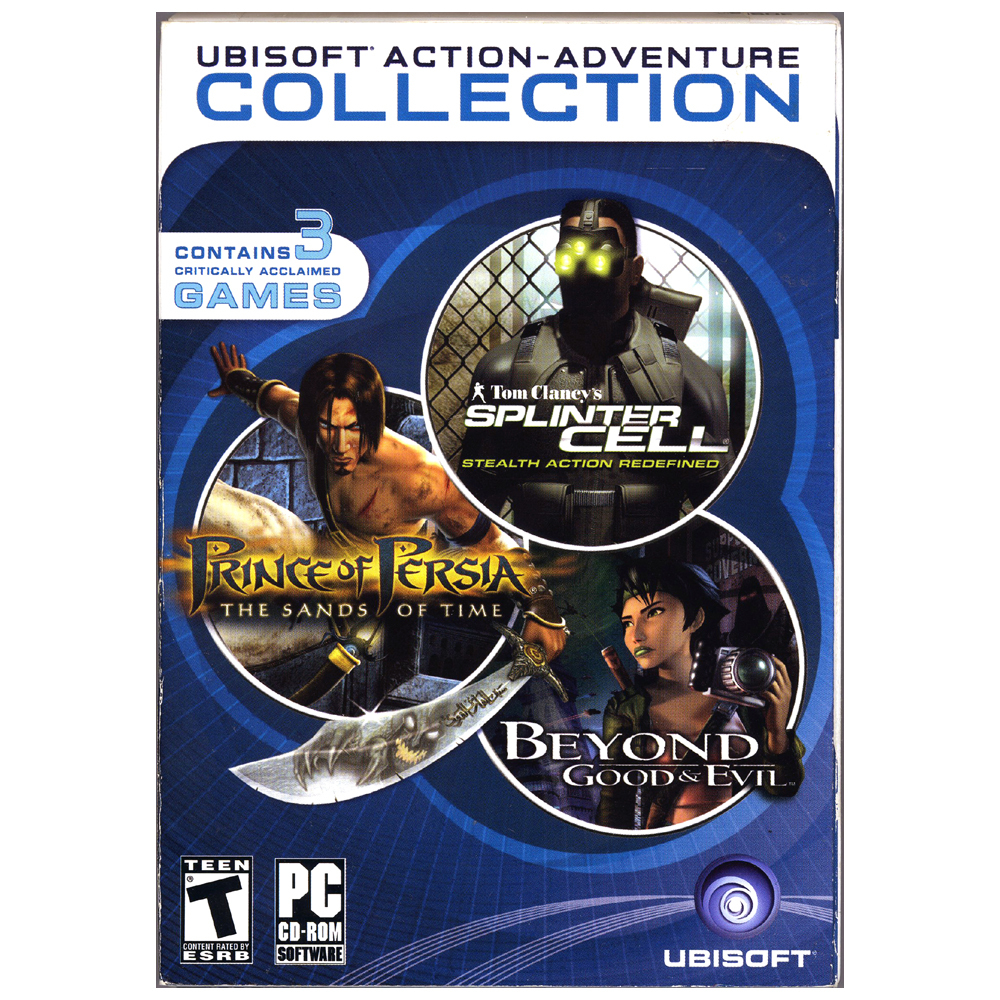 tom Clancey's Splinter Cell: Infiltrate terrorists' positions, acquire critical intelligence by any means necessary, execute with extreme prejudice, and exit without a trace! You are Sam Fisher, a highly trained secret operative of the NSA's secret arm: Third Echelon. The world balance is in your hands, as cyberterrorism and international tensions are about to explode into WWIII.

Beyond Good & Evil: for centuries, the planet Hillys has been bombarded by a relentless alien race. Skeptical of her government's inability to repel the invaders, a rebellious action reporter named Jade sets out to capture the truth. Armed with her camera, dai-jo staff, and fierce determination, she discovers shocking evidence leading to a horrific government conspiracy and is forced to battle an evil she cannot possibly fathom.

Prince of Persia: The Sands of Time: amidst the scorched sands of ancient Persia, there is a legend spun in an ancient tongue. It speaks of a time borne by blood and ruled by deceit. Drawn to the dark powers of a magic dagger, a young Prince is led to unleash a deadly evil upon a beautiful kingdom. Aided by the wiles of a seductive princess and the absolute powers of the Sands of Time, the Prince stages a harrowing quest to reclaim the Palace's cursed chambers and restore peace to his land.