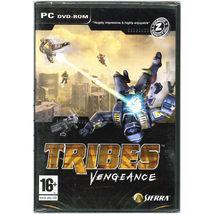 Tribes Vengeance [PC Game] added to cart. Only one available in stock 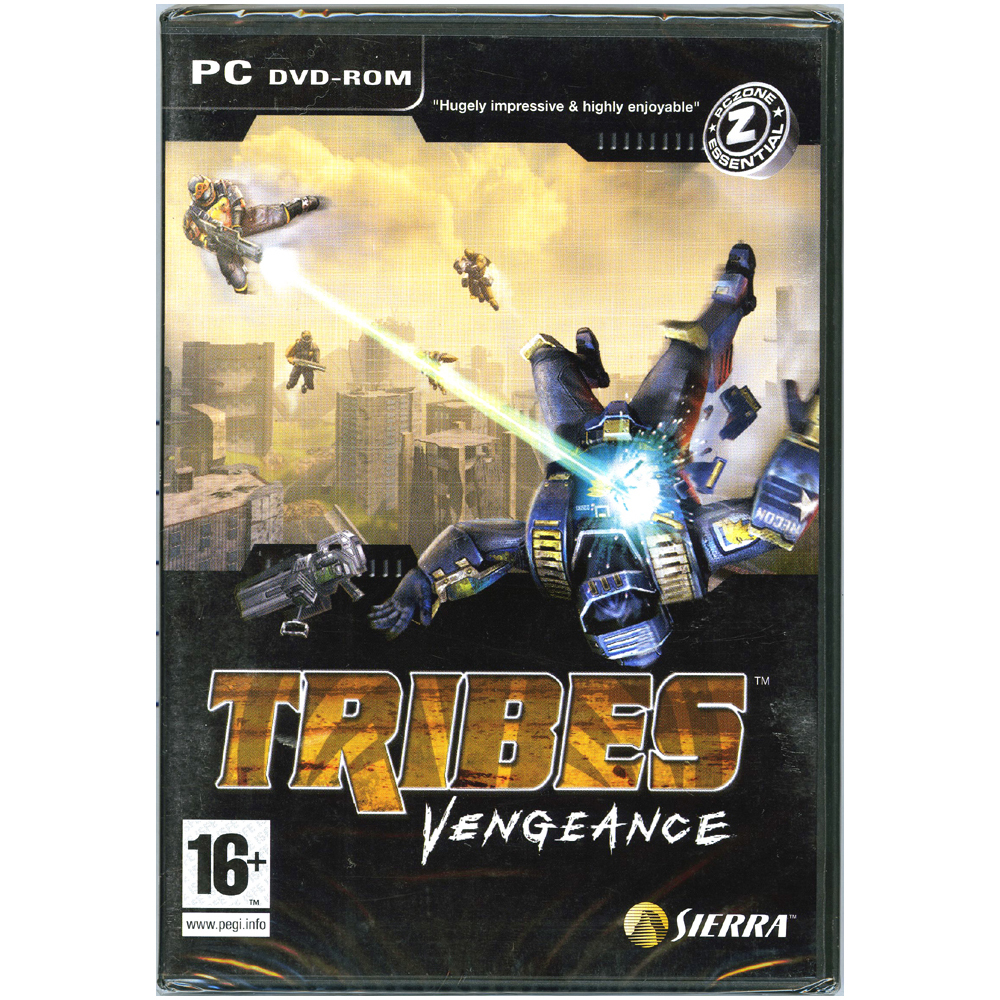 As online, team-oriented first-person shooters become commonplace, and even single-player games are expected to offer at least some sort of online multiplayer mode, it may be easy to forget that the original Tribes was one of the very first action games to concentrate on online competition and multiplayer teamwork. This third game in the series aims to remind players, however, with it's updated presentation of the core, team-oriented gameplay that earned so many devoted fans of the first two releases. Tribes: Vengeance also reintroduces the futuristic Starsiege setting and story elements of the Tribes universe, through a new, single-player campaign.

Unprecedented in the series, the single-player campaign acquaints players with the intimate tribulations and far-flung turmoil of the Tribes universe, as they take the roles of three different characters in a story that spans two generations. The adventure explores themes of family and, of course, vengeance, in a way not possible through the online-only competitions of earlier versions. Tribes: Vengeance was developed by Irrational Games, a studio known for blending elements of first-person action and RPG-style story in previous releases, such as System Shock and its sequel.

In addition to their exclusively online nature, earlier Tribes games were distinguished by another feature: jet packs. As in Starsiege: Tribes and Tribes 2, Vengeance players will zip across sprawling outdoor mission maps using giant, jet-pack-aided leaps, and they'll learn to "ski" down steep mountainsides with speed and efficiency. Also as in earlier games, different armor selections offer different combinations of protection and agility, and not all weapons can be used by all types. For the first time in the Dynamix-created series, this version of Tribes runs on an enhanced version of the Unreal game engine.