The Omega Stone: Riddle of the Sphinx II [PC Game] 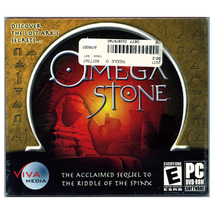 The Omega Stone: Riddle of the Sphinx II [PC Game] added to cart. Only one available in stock 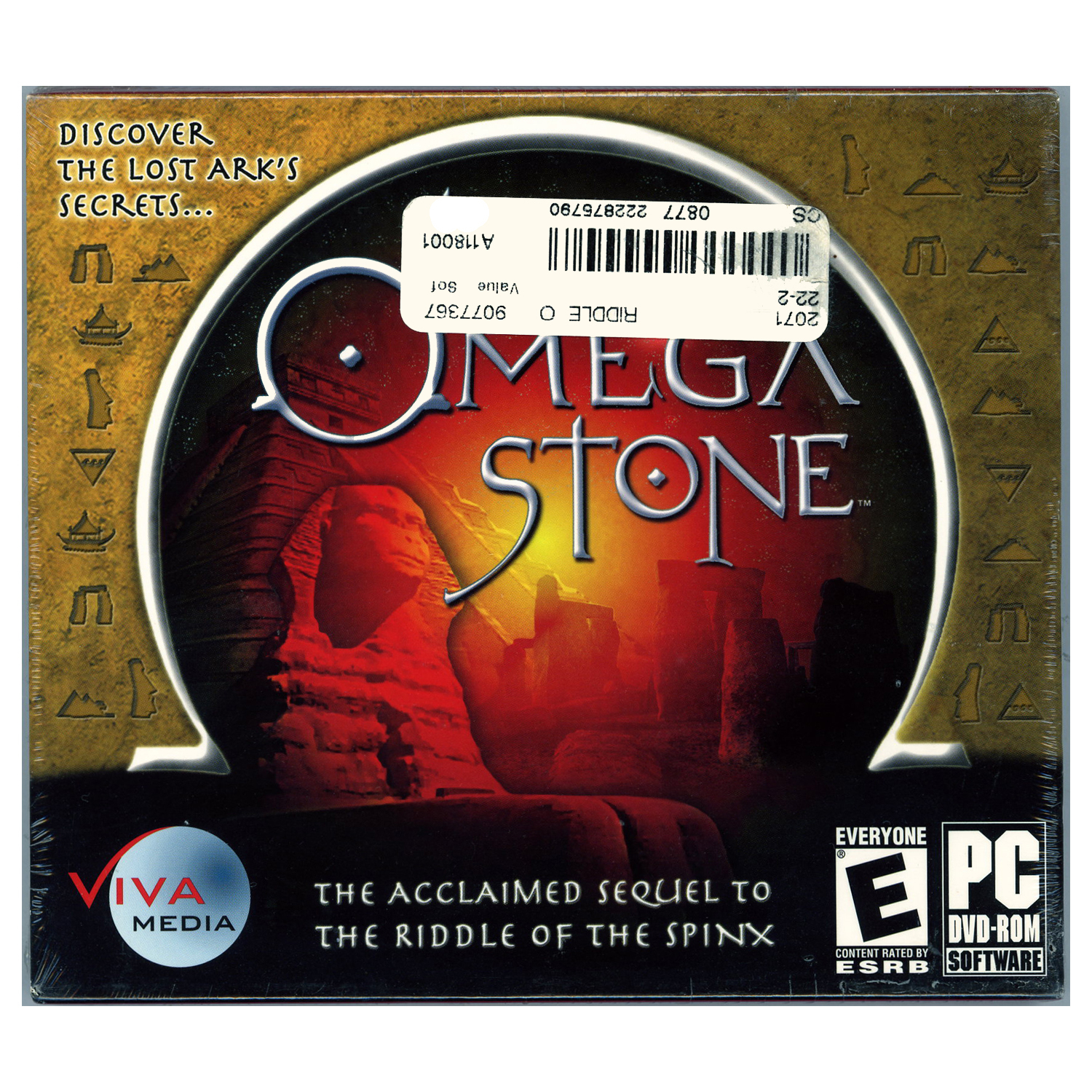 The sequel to Riddle of the Sphinx, The Omega Stone casts you as aide to noted archeologist Sir Gil Blythe Geoffreys, as you attempt to unravel the mystery surrounding an ancient scroll and the apocalyptic portent contained therein. To do so, you will have to visit mysterious sites spread across the globe, from Chichen Itza to Stonehenge, Easter Island and Devil's Triangle, all the while scanning for clues and solving puzzles.

Similar to Myst and older titles such as the 7th Guest, players explore their world from a first-person viewpoint, utilizing a context-sensitive cursor in order to move and interact with the environment. Unlike those titles however, players can explore the 360-degree environments by simply moving the mouse in the desired direction. A more traditional scheme is provided that only advances the scene when the mouse cursor reaches the screen edge.

In order to surmount the many challenges ahead, you will need to sift through an array of documentation, gleaning pertinent information from maps, research documents, letters, and journal entries. Additionally, players can take photographs of particularly relevant notes and objects for study at a later date, that when seen from within a particular context may reveal a clue. Your journey will also require the acquisition of important items and artifacts; many of which will be of use to you in locales you have previously visited. Reminiscent of the FMV-dominated titles of the mid-90s, The Omega Stone is presented using live actors placed against computer-generated backdrops.