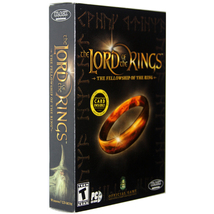 The Lord of the Rings: The Fellowship of the Ring [PC Game] added to cart. Only one available in stock 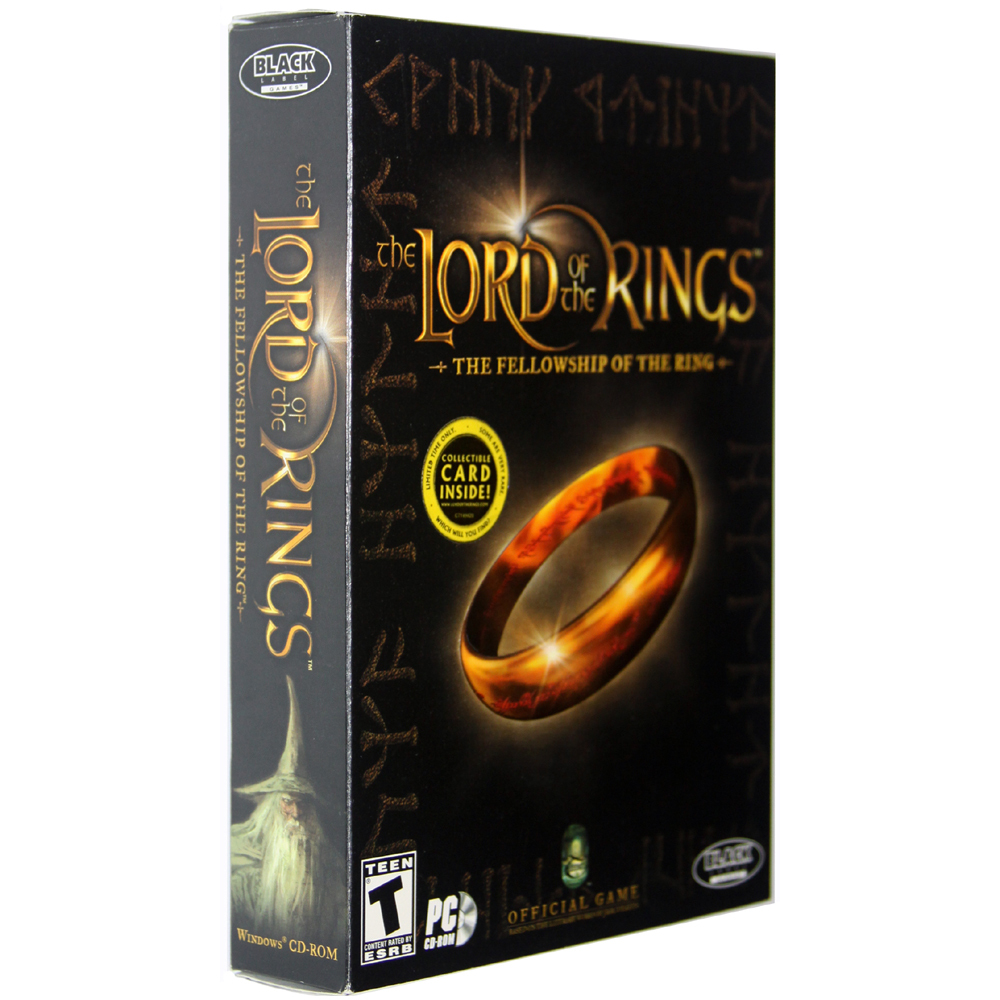 Based directly on J.R.R. Tolkien's first book in The Lord of the Rings trilogy, The Fellowship of the Ring has players controlling young Frodo Baggins through eight regions as the hobbit journeys from his home in The Shire to his eventual crossing of the River Anuin. Played from a third-person perspective behind the lead character, the game involves exploring three levels in a region before advancing to the next. Each of the 24 levels can span up to one half-mile in length.

As players make their way through the forests, mines, and mountains, they may switch to Gandalf or Aragorn to fight creatures or to solve puzzles. Gandalf wields the mighty Glamdring, Aragorn slays beasts with his bow, while Frodo uses Sting, which glows blue whenever orcs are near. Other enemies include spiders, cave trolls, goblins, wolves, and the Black Riders. In addition to both a ranged and melee weapon, each character has spirit points needed to cast spells, use items, and to save games. Players can also visit with the hobbit's other friends as the game progresses for advice or to embark on various side quests.

From the Manufacturer: Released from Universal Interactive's Black Label Games, The Lord of the Rings: The Fellowship of the Ring is based on the written works of J.R.R. Tolkien, and with this rich literary resource, the publisher, on the back of developer Surreal Software, has created an action-adventure game in the style of The Legend of Zelda: Ocarina of Time. It authentically presents various chapters of the book that were edited from the movie (or that never made it in) such as the Ancient Forest and the Barrow Downs, and it includes particularly memorable hobbits, characters such as Tom Bombadil, and other secondary but likeable characters.