The Lord of the Rings: The Battle for Middle-earth [DVD-ROM] [PC Game] 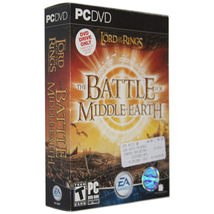 The Lord of the Rings: The Battle for Middle-earth [DVD-ROM] [PC Game] added to cart. Only one available in stock 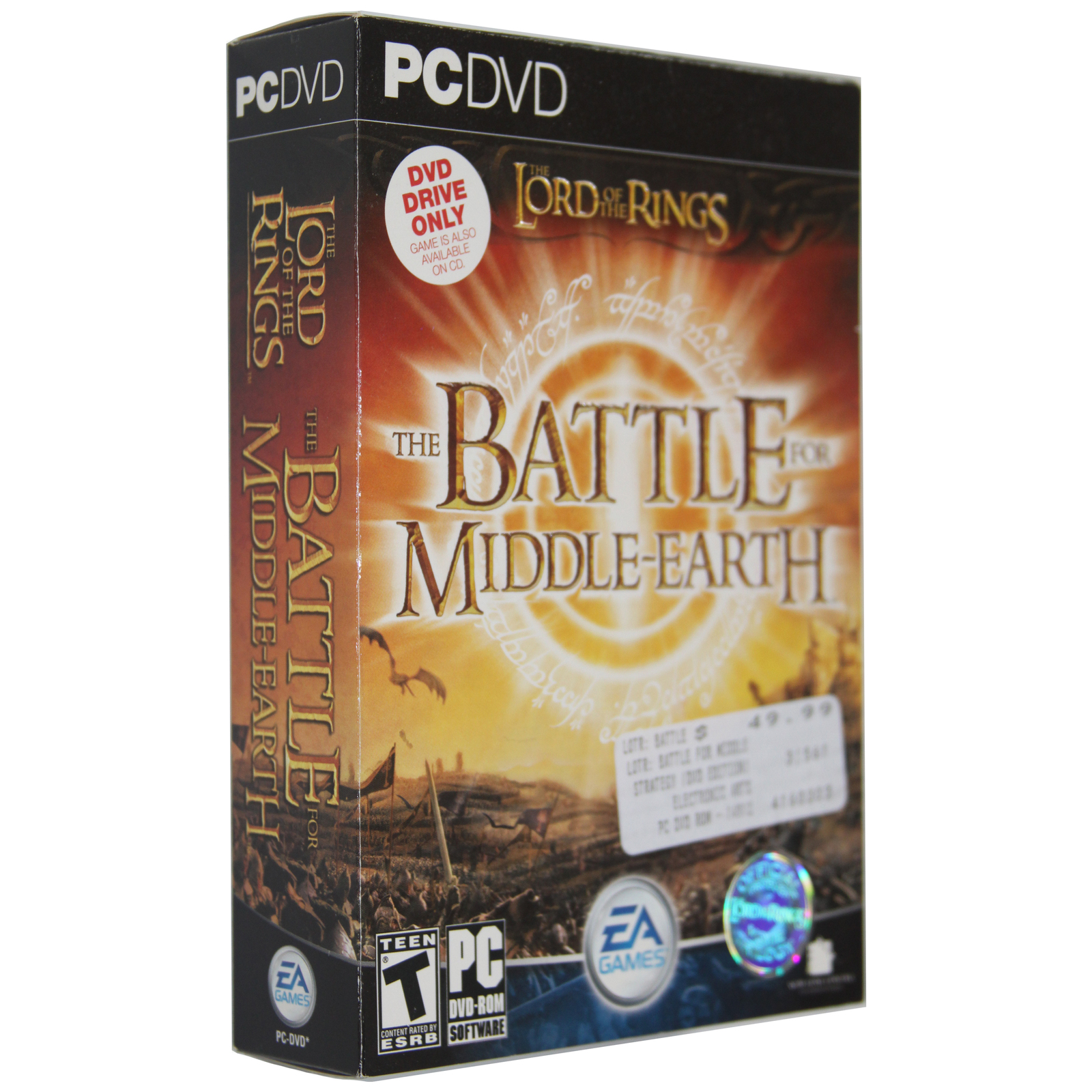 Amid chaotic, constantly changing battles of swords and sorcery, players lead their forces in a desperate struggle to save Middle-earth. Built on EA's Command & Conquer: Generals engine, The Lord of the Rings: The Battle for Middle-earth is a real-time strategy game set in the world of the Peter Jackson trilogy, based on the novels by J.R.R. Tolkien. It focuses on large-scale warfare instead of individual characters or the quest of the Fellowship, and is designed to re-create the epic battles featured in the three films. Familiar hero characters become available, however, and their powerful influences can turn the tide in a close battle. Four different factions are featured -- the riders of Rohan, the armies of Gondor, the forces of Saruman, and the legions of Sauron -- and each relies on a different type of resource to develop and replenish its forces. The game includes two separate single-player campaigns; one has fans leading the forces of good against the orcs and goblins of Mordor, and the other allows them to guide the forces of evil to claim Middle-Earth for their dark master.
From the Manufacturer: Experience Middle-earth like never before in The Lord of the Rings: The Battle for Middle-Earth, the first The Lord of the Rings game that puts you in command of a real-time, open world. Control the legendary heroes, massive armies, and epic campaigns of Middle-earth in over 25 missions based on all three films of The Lord of the Rings trilogy. From waging all-out combat among the vast forces of good and evil to controlling your favorite heroes and characters to managing the troops and resources of your side, the fate of a living, breathing Middle-earth is in your hands.
Product Description Summary: The Lord of the Rings: The Battle for Middle-Earth is an epic campaigns where the goal is to control all of Middle-Earth! Wage all-out combat against either the forces of good or the armies of evil, controlling troops and managing resources. The fate of a continent is your hands!
Buy For: $89.99 - $89.99
Condition: [LIKE NEW] "US Retail" Mini boxed copy: 100% complete & in mint condition
Availability: Usually Ships Within 24 to 48 Hours
Eligible for FREE tracking & delivery confirmation