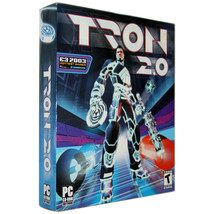 TRON: 2.0 [Costco Exclusive] [PC Game] added to cart. Only one available in stock 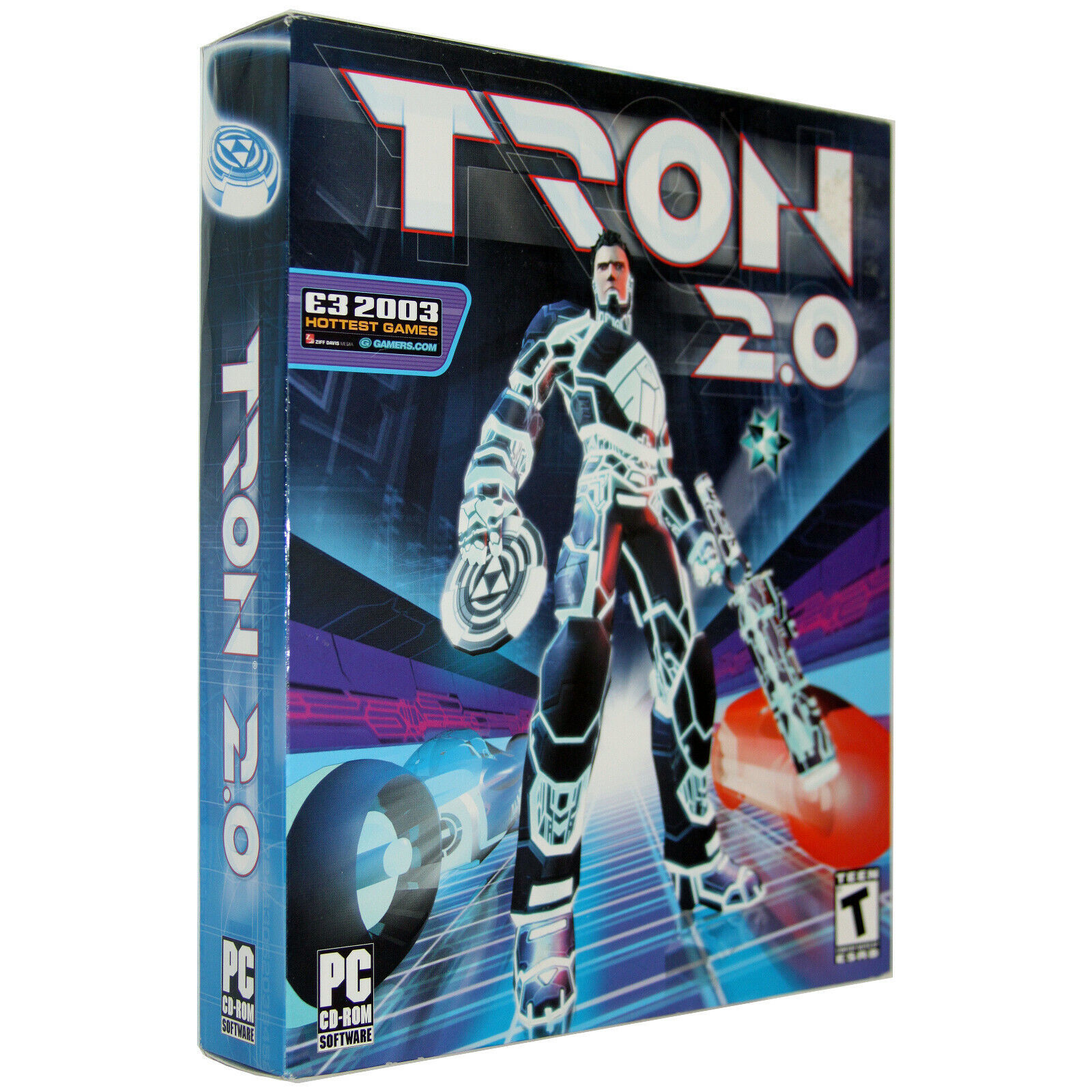 Alan Bradley has finally perfected the technology to digitize people, which allows humans to enter the internal world of a computer. His program, "Ma3a," has AI sophisticated enough to store the entire gene code of a person and the mathematical equations necessary to transfer people back and forth between the physical and digital world. However, fCon -- Future Control Industries -- has learned of Alan's research and is moving to take over the company. When Alan disappears mysteriously, finding him is up to Jet, his son. Jet uses his father's technology to enter the computer world and, while investigating his father's disappearance, discovers a sinister plot.

Four "primitive" weapons -- disk, rod, ball, and mesh -- are encountered in the computer world, though the disk is the only weapon that can be used both offensively and defensively. Jet will also ride light-cycles, both the classic cycle from the 1982 film and a new "experimental" update from designer Syd Mead (also responsible for the original light-cycle design). Up to 16 people can participate in team-based multiplayer mayhem.

From the Manufacturer: Tron is the present-day video game sequel to the 1982 cult film classic that was a landmark of computerized graphical ingenuity. TRON® 2.0, is a story-driven, first-person action game that propels the player into an alternate universe inside a computer. As Jet Bradley (son of the original films hero Alan Bradley) you will combat digital opponents using guns, rods, grenades, missiles, and the iconic TRON disc. Combining the best of the genre with a truly innovative look and breakthrough game play, TRON® 2.0 delivers an adventure unlike any other. It takes PC gaming to a new level with intense action, intense and deadly battles, and high-speed light cycle races.