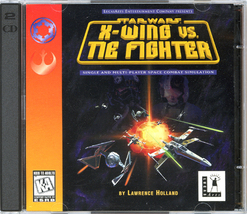 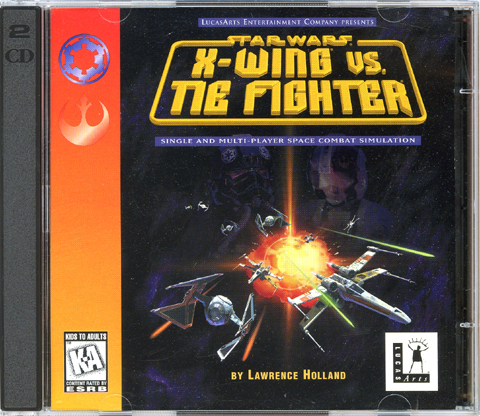 "A long time ago, in a galaxy far far away..." is the mantra of the famous original Star Wars trilogy. The main emphasis in Star Wars: X-Wing vs. TIE Fighter is the space-based dog fighting in that far away galaxy -- part of the reason for the series' success. As you begin the many missions of the game, you're introduced to the fighting abilities of your ship via a training mode. After you master this aspect, you're able to move on to the battles and combat situations.
In Star Wars: X-Wing vs. TIE Fighter, you choose to be an Imperial or Rebel pilot. Either side has a variety of different ships from which to choose. In addition to the familiar X-Wing and TIE Fighters, there are a few more spacecraft available that might not be as well known. Fly solo and take on the Imperial Empire or Rebel Alliance by yourself or join a game over the Internet to compete in dog fights with others! You can also host your own game and wait for other gamers to join you.
Windows Vista & 7 64-bit Installation disks are supplied for newer systems
Buy For: $14.99 - $14.99
Condition: [LIKE NEW] "US Retail" Jewel case edition, compete with Manual, Installation / Quick Start Guide, Keyboard / Cockpit Reference Guide & Playing LucasArts Games on the Internet Guide
Availability: Usually Ships within 24 to 48 Hours
Eligible for FREE tracking & delivery confirmation