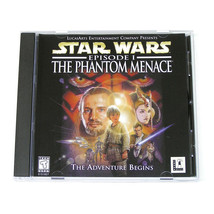 Star Wars: Episode 1: The Phantom Menace [PC Game] added to cart. Only one available in stock 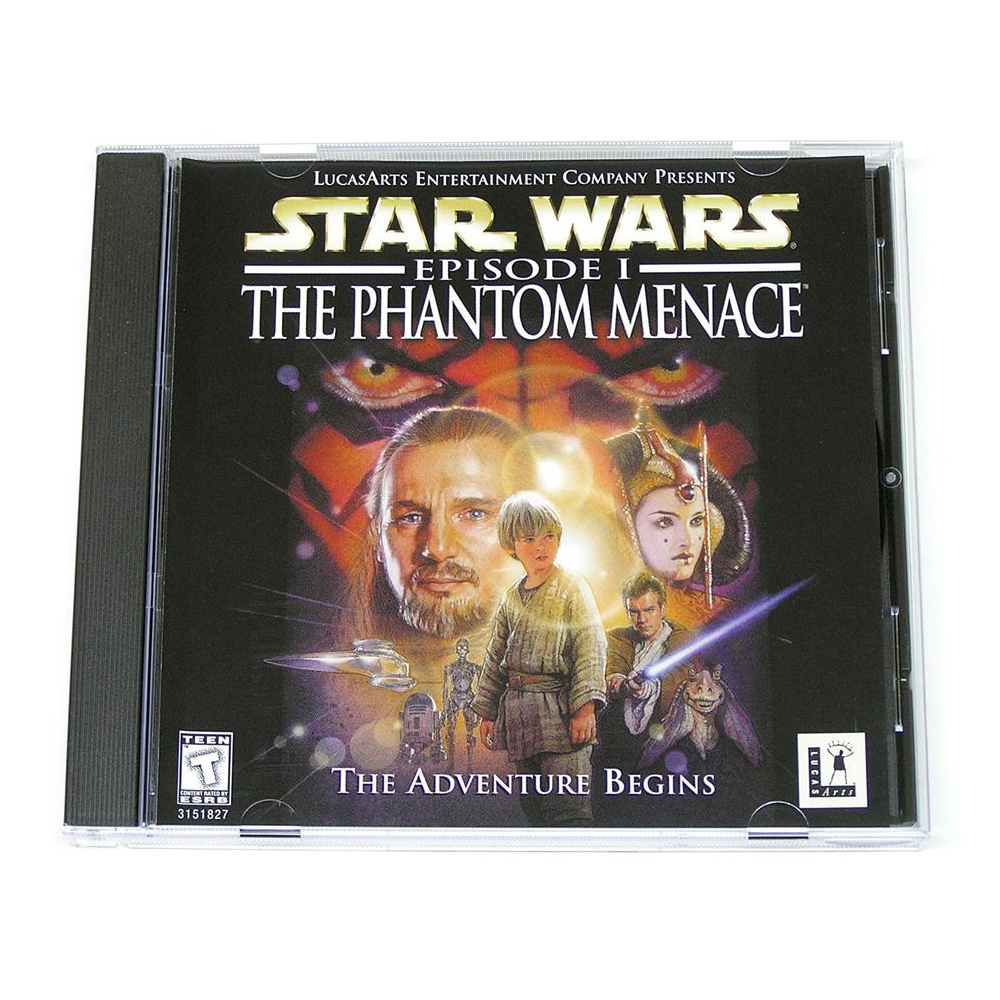 Relive the action of the first movie in the Star Wars prequel trilogy with Star Wars: Episode I: The Phantom Menace. Assume thebroles of Obi-Wan Kenobi, Qui-Gon Jinn, Queen Amidala and Captain Panaka as you fight, think and use the Force through 11 stages of overhead 3D action.

Your adventure begins on the Trade Federation battleship and progresses to Naboo, Tatooine and Coruscant. While the film's action provides its basis, the game's expanded story occasionally changes the movie's plot for the purpose of gameplay.

Each stage features challenging jumps and a series of puzzles that must be solved in order to advance. There is also a great deal of interaction with other characters as many relay useful information key to the completion of your short-term objectives. Some prove to be quite helpful, while others just want you to leave them alone. Notable conversations include those with Watto, Jabba the Hutt, Boss Nass, Jar Jar Binks and Anakin Skywalker.

Impeding your progress stand Battle Droids, Destroyer Droids, a Coruscant Mercenary, Tusken Raiders, vicious Naboo swamp creatures and other antagonists. And what would a game based on The Phantom Menace be without a climactic confrontation with Darth Maul?

In order to combat this opposition, your vast array of weapons includes four types of blasters, Gungan energy balls, grenades, thermal detonators and droid stunners. In addition, the game's two Jedi can use their powerful lightsabers to slice through anything or the Force to push back and temporarily disable an enemy.

From the Manufacturer: Star Wars: Episode I: The Phantom Menace (PC Games, 1999) Following the plot of the movie, Star Wars: Episode I: The Phantom Menace lets you fight through 11 levels of action. At various points in the game you will get to take control of Obi-Wan Kenobi, Qui-Gon Jinn, Queen Amidala, and Captain Panaka. Each character has a special ability or weapon to use: Obi-Wan and Qui-Gon use lightsabers and force powers, Queen Amidala's blaster can stun druids, and Captain Panaka uses a Naboo blaster.

While working through each level, you can pick up new weapons like light-repeating blasters, blaster rifles, proton missile launchers, heavy blasters, thermal detonators, Gungan energy balls, flash grenades, and heavy repeating cannons. If you've seen the movie, you'll have a pretty good idea of what to expect. See if you can free Naboo from the treacherous trade federation in Star Wars: Episode I: The Phantom Menace.

Buy For: $19.99 - $19.99
Condition: [LIKE NEW] "US Retail" Jewel Case edition, complete & in mint condition (what you see is what you get)
Availability: Usually Ships within 24 to 48 Hours
Eligible for FREE tracking & delivery confirmation