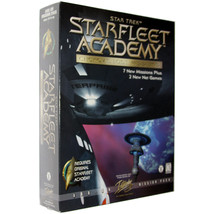 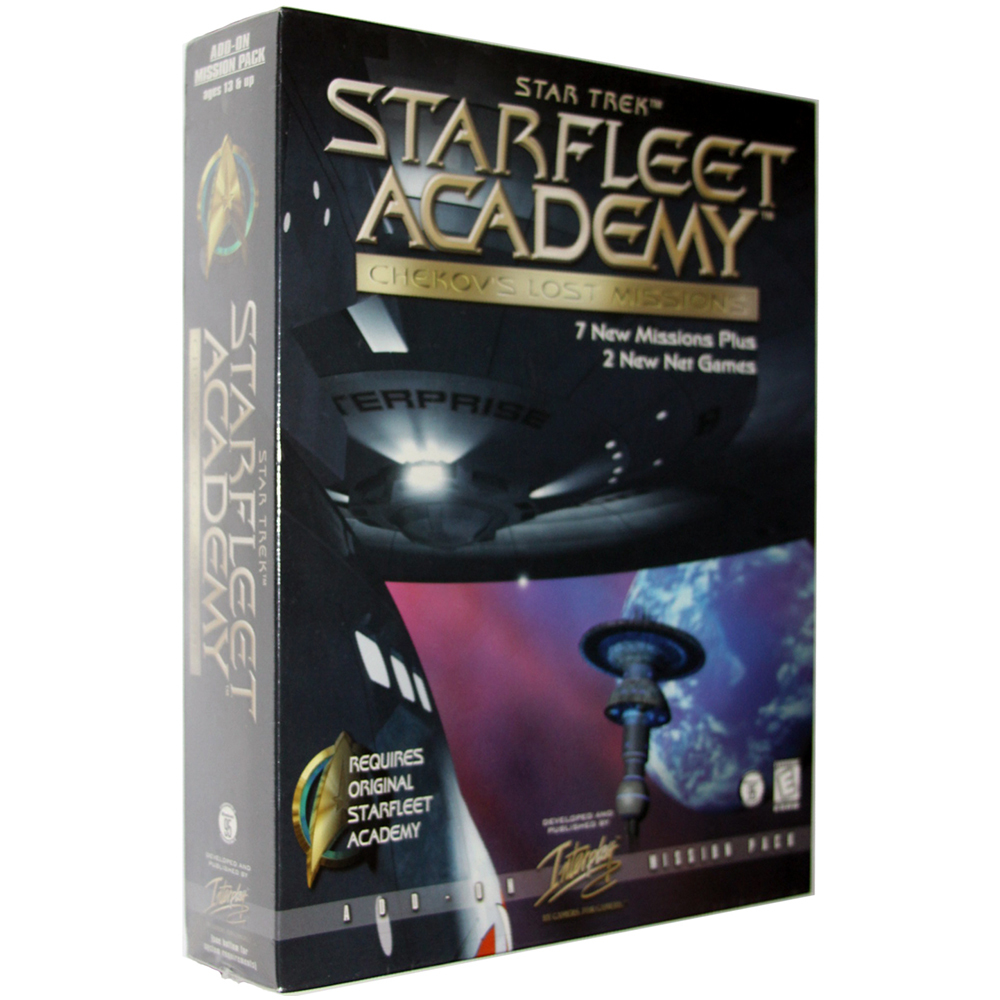 Chekov's Lost Missions for Starfleet Academy features 7 new single player missions as well as two multiplayer missions, and several improvements. The single-player missions are largely independent of each other, and of the storyline of the original game. They are longer than those in the original, and emphasise leadership and tactical skills over shooting. Walter Koenig and George Takei are on hand to provide advice and links through FMV sequences.

Chekov’s Lost Missions also adds two new multiplayer games for those players who want to experience all the add-on has to offer. “Capture the Flag” allows for team play, and adds several powerups and defensive systems. “Mo’ Profit” is sort of an extended version of the “Net Profit” game included with Starfleet Academy. The player takes control of a tramp freighter, and must wander the galaxy making cargo runs — a la Privateer — and doing jobs for an alien named Geetus. “Mo’ Profit” really does add quite a bit of depth to Starfleet Academy, and the open-endedness creates the kind of Star Trek experience that is sadly absent from the single-player game. It’s just too bad the multiplayer options are so limited; the game supports IPX network, direct connection via null modem cable, and head-to-head via modem…but no TCP/IP for Internet play.

From the Manufacturer: Your journey continues as a graduate of Starfleet Academy command school. Chekov's Lost Missions is an add-on disk containing a collection of simulator missions designed specifically to challenge your skills your leadership and tactical training against familiar enemies, from the Klingon Bird of Prey to the Romulan Heavy Cruiser. Every action will reflect your convictions as motivator, loyal friend, and diplomat. Chekov's Lost Missions continues your training in the finest school in the universe, Starfleet Academy.