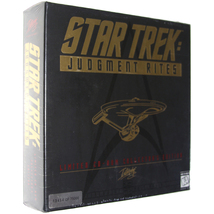 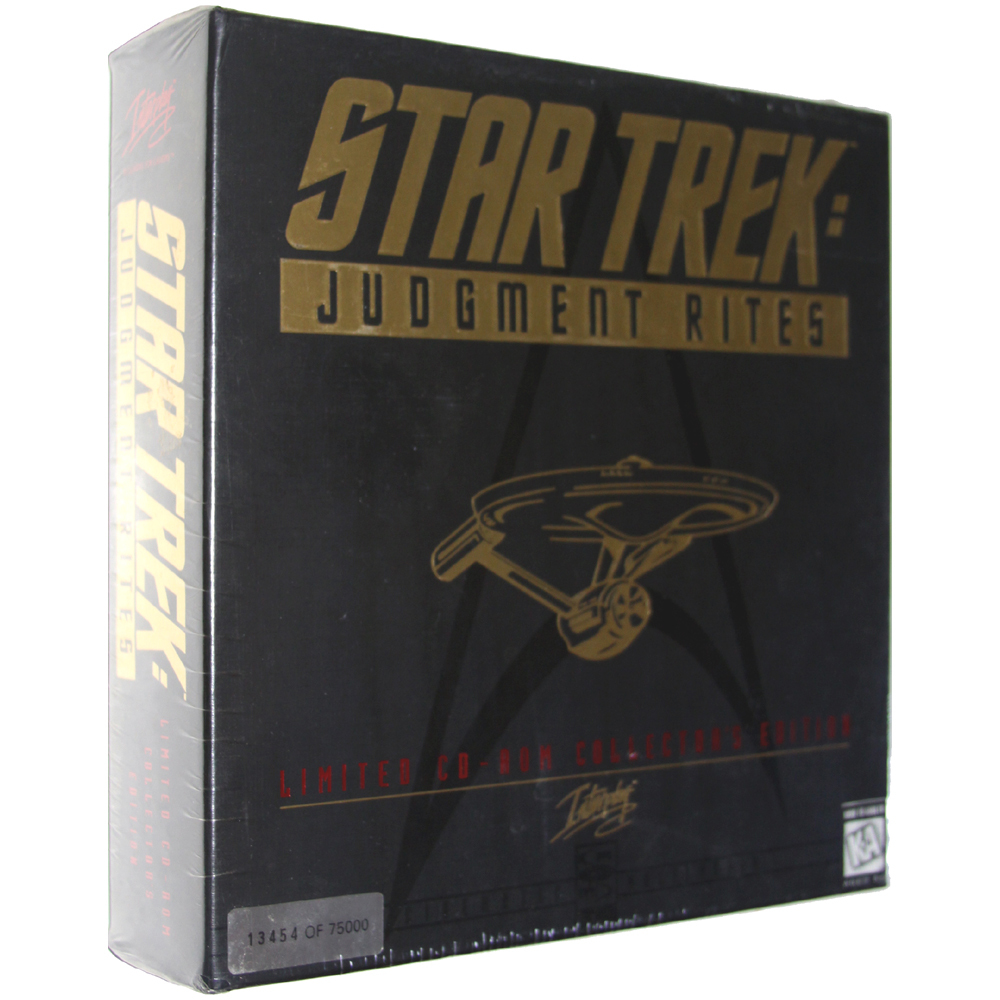 As a special bonus, a second CD was also included with interviews of Gene Roddenberry and Leonard Nimoy, a behind-the-scenes video on the making of the game and biographies of the original cast members. The actual game is a point-and-click graphic adventure that's divided into eight episodes.

You'll either take the helm of the Starship Enterprise as you travel through space or beam down to planets to solve various puzzles. The CD-ROM differs from the floppy disk version in that it makes use of authentic voices from the original cast, including William Shatner as Captain James T. Kirk and DeForest Kelly as Dr. Leonard "Bones" McCoy.

The voices aren't the only things fans will recognize from the series -- the original show's sound effects have also been included! Cinematic cut-scenes will help tell the story as you progress through the game, while new 3D explosions light up the screen during space battles. Star Trek fans will have to travel at warp speed to acquire this package: the collector's edition was limited to 75,000 units.

•Limited Collector's Edition! Only 75,000 Ever Made! An unparallelled collection that no Star Trek fan - or serious  adventure gamer - should be without!

•Collector's Pin, one of an exclusive series of eight! MS-DOS PC CD-Rom tv