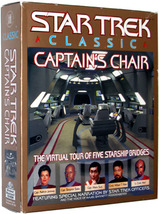 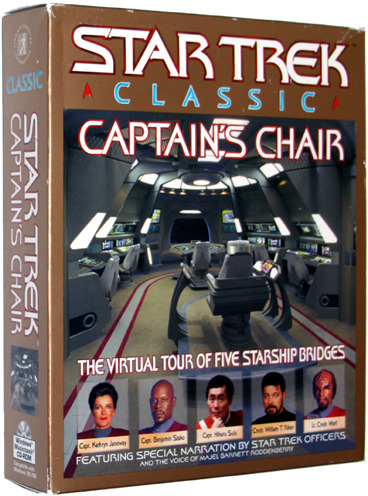 Each ship comes with a blueprint of the command deck, a 360 degree manipulative external view of the ship in space and a large number of click-able hot spots that lead to such items as phasers, tricorders, PADDs, and commands for the consoles.

Each point of view of the ship is from the captain's chair, but can be moved by clicking a location on the bridge map. Each bridge also comes with a guided tour provided by one of the officers who served aboard the ship, Captain Hikaru Sulu for the original series, Lt. Commander Worf for ST:TNG series, Commander Riker for the ST:TNG movies' ship, Captain Benjamin Sisko for the Defiant and Captain Kathryn Janeway for the Voyager. A brief overview of each ship is given by the computer voice, provided by Majel Barrett Roddenberry.