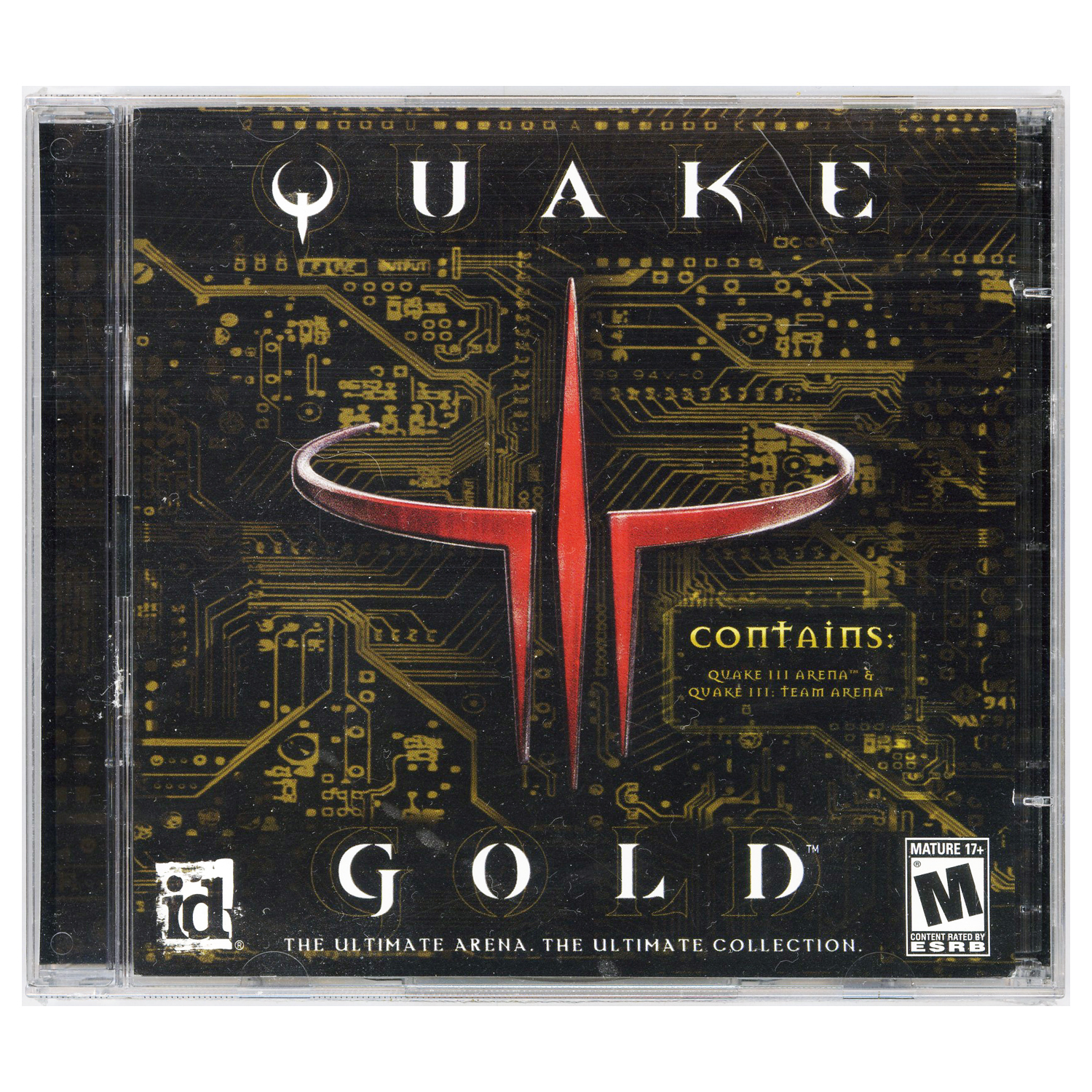 Quake III Gold (Collector's Edition): The Ultimate Game, The Ultimate Collection -- THE QUAKE III: GOLD Edition includes Quake III Arena and Quake III: Team Arena. Quake III: Arena is unlike anything that has come before. Q3A features a completely rebuilt engine that adds gorgeous 3D arenas to " frag" your opponents within, all new weapons & character models. The focus of Team Arena is team play. Players can select from one of five different teams.

The Arena Just Got Deadlier - You entered the Arena alone. Now it's time to share the glory. You're running with a brutal team who are taking your lead and watching your back as you battle inhuman warriors who want to send you and your next of kin to the butcher's bin.

Prepare for Punishment - The fragfest gets even more frantic with faster, deadlier gameplay in new gut-wrenching game types, plus Tournament mode and Capture the Flag. Fight as a Team - Blow enemies to bits with five different teams, utilising a state-of-the-art interface, focused maps, redesigned HUD and AI geared for team melee maximisation.

Never-Ending Warfare - Bond with your team-mates by barbecuing bots as you fight your way through arenas of blistering action. Team co-ordination and communication is more important than ever in the relentless battle for supremacy. Intent to Harm - Pump up the action with power-ups that last as long as you do and unthinkably heinous weapons, including chain guns, proximity mines and a last-ditch effort kamikaze device.

This is the first Id developed Mission Pack since Doom, and you don't want to miss it!