Paul McCartney - All the Best [Audio Cassette] added to cart. Only one available in stock 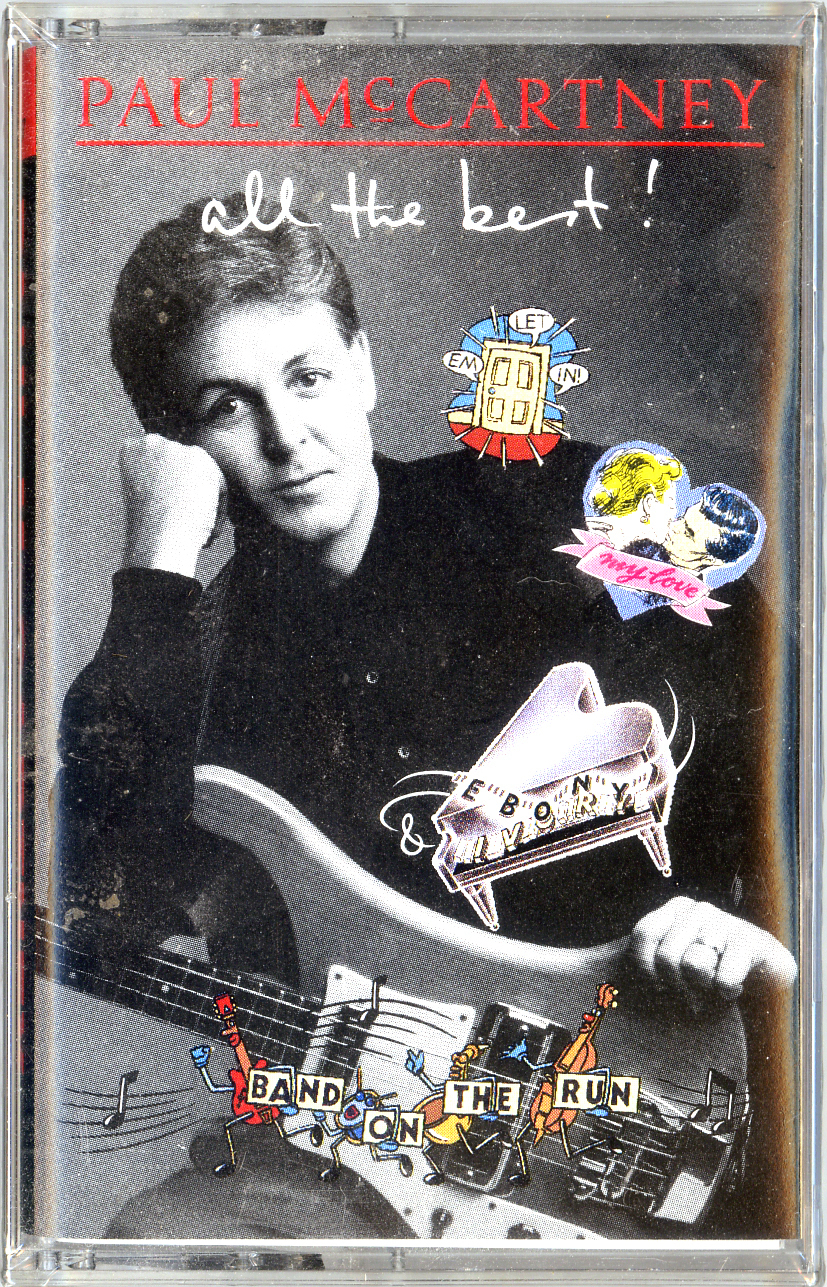 By Paul McCartney - Capitol (1987) - AM Pop, Album Rock, Contemporary Pop/Rock
Technically, All the Best was the first compilation of McCartney's solo material, since Wings Greatest covered songs released under the Wings aegis. Well, there is considerable overlap between the two records -- no less than ten of that album's 12 songs are here, yet only the hard-rocking "Hi Hi Hi" is truly missed -- although the seven new songs do give this album a different character, for better or worse. With the U.S. version of All the Best, which has four different songs than its British counterpart, the balance shifts toward the positive, since it simply boasts a better selection of songs. Yes, "Once Upon a Long Ago," the single offered as bait on the British All the Best, isn't here, but it's not missed since two of the four songs exclusive to the American version are among McCartney's best solo singles ("Junior's Farm," "Uncle Albert/Admiral Halsey") and the other two are good adult contemporary easy listening (the previously non-LP "Goodnight Tonight," "With a Little Luck"). These songs add to the retrospective, although it's still not perfect -- such highlights as "Maybe I'm Amazed" and "Take It Away" really should have been included. However, as a cross section of McCartney's solo singles, this is very, very good. It may be a little heavy on the schmaltz at times, yet this is still mainstream pop craft of the highest order.
Brand new,Factory sealed, Shrink wrapped copy in absolute mint condition