No One Lives Forever 2: A Spy In HARM's Way [PC Game] added to cart. Only one available in stock 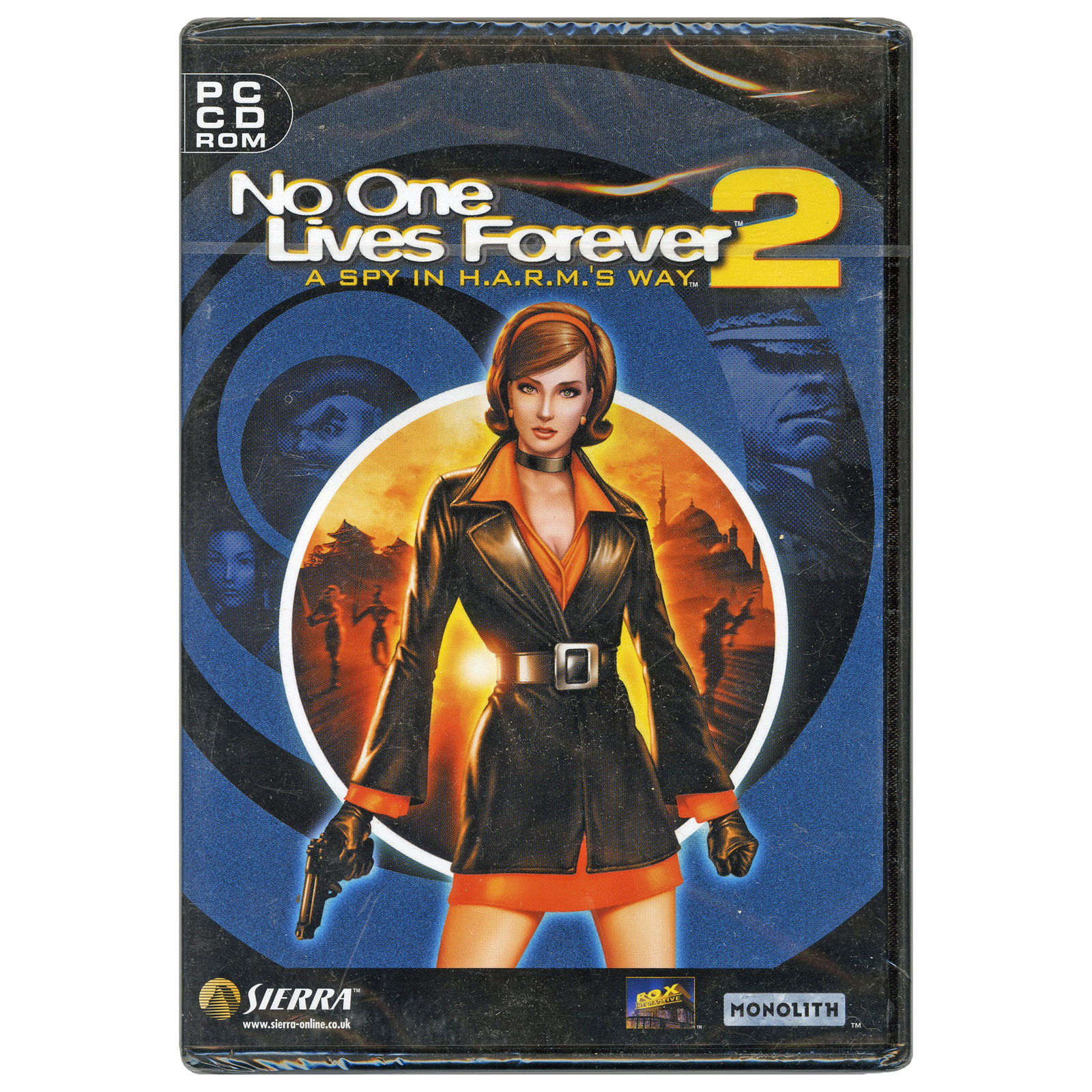 Sly and sexy super-sleuth Cate Archer returns as A Spy In H.A.R.M.'s Way in this sequel to 2000's heavily themed first-person shooter. As in the original No One Lives Forever, the Operative is once again equiped with a great variety of outlandish devices to help her accomplish her goals, such as the secret decoder compact and the exploding robot kitty cat. Yet also as in the original game, Cate's greatest asset may be her wits, and figuring out the best way to put those gadgets to use in different situations could be as challenging as the well armed enemies that populate each mission area.

The storyline in No One Lives Forever 2 revolves around the intense Cold War tension of the 1960s and it will lead Ms. Archer around the globe, to such far-flung settings as India, Siberia, and Japan (not to mention Ohio!). Stealth is even more crucial in this second game, as enemy AI has been enhanced to react not just to scripted events, but to more general changes in the environment. No matter how sneaky the Operative can be though, there's bound to be some shooting in this first-person shooter as well, and understanding the capabilities and limitations of the different featured weapons can help Cate to hold her own in a firefight.

In addition to the new stealth tactics and smarter bad guys, graphics have also been improved over those in the first No One Lives Forever. This sequel is built on a more powerful version of the LithTech engine, designed to render up to 20 times the polygons at twice the frame rate of the original game's LithTech 2.5. The single player campaign features over 40 missions, varied in design to test the full array of Cate's diverse talents. A number of multiplayer options are available as well, including a mode that allows up to four human players to work together as a team.

From the Manufacturer: The anticipated sequel to the original game, No One Lives Forever 2: A Spy in H.A.R.M.'s Way is a humorous story-driven first person shooter featuring deadly UNITY operative Cate Archer. As Cate you must investigate a super-secret Soviet project that, if successful, could bring about a third world war. Armed with conventional and experimental weaponary and gadgets, you'll explore exotic locales, and contend with deadly agents determined to take Cate out of the spy trade once and for all.

Special Features: Go in with guns blazing or rely on cunning and stealth to complete a wide variety of objectives; face off against ninja assassins at a trailer park in the path of a tornado; join other operatives online for cooperative adventures against al opponents in specially designed missions.