Might and Magic VI: The Mandate of Heaven - Special Edition [PC Game] 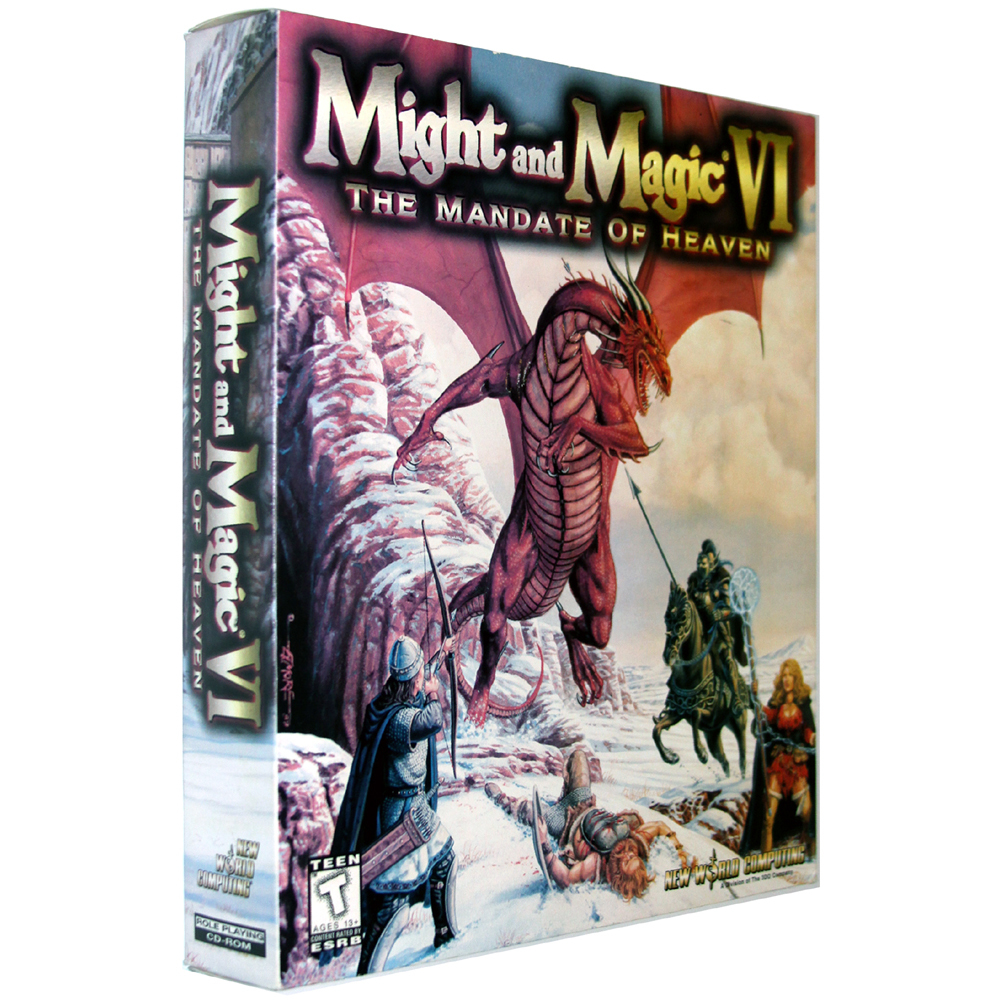 role-playing game of tremendous depth and perspective. Utilizing all the best tools of the trade learned from RPG's prior to this, New World Computing has created a rich, diverse universe -- the world of Enroth. The child Prince Nicolai of the Ironfist Dynasty is in danger of being overthrown and the evil factions from throughout the land are conspiring to claim the throne. Has he lost his Mandate of Heaven to rule by divine right?

Literally hundreds of sub-plots, side adventures and quests confront you in your main struggle to save the realm. Nearly every facet of role-playing is featured along with a choice of real-time or turn-based mode. You control a band of four characters with two NPC's available (from hundreds) at any given time. From monster slaying to merchant dealing, from questing to character decisions, from weapons to magic, MM6 is immense. There are nearly a hundred varied spells for use by clerics, sorcerers, archers, druids, and paladins. Only knights, those mighty warriors, are prevented from using magic. Skills in magic, weapons and defense must be earned with emphasis on proper use by appropriate character types.

Character promotions, rewards commensurate with actions accomplished, realistic applications of weapons and magic, resource management, NPC interaction, an unparalleled travel system and a befitting musical score mesh to make Might and Magic VI: The Mandate of Heaven a veritable feast for those RPG'ers wanting to chew on a game with substance.

From the Manufacturer: The Ironfist Dynasty is tottering on the brink of ruin. As endless calamities plague the kingdom of Enroth, evil doomsday cultists plan to overthrow child Prince Nicolai and claim the throne for their charismatic leader. Fear grips the land and the people wonder if their sovereign has lost the Mandate of Heaven - the divine right to rule. The enemies of reason are at the gate and only extraordinary heroes can stem the tide of darkness. Will you answer the call?

From the depths of the deepest dungeons, to the intrigues of the royal court, you will lead a band of adventurers on a dangerous journey of amazing depth and intelligence. With a completely new 3D graphics engine and a non-linear adventure system, Might and Magic VI - The Mandate of Heaven brings a unique role-playing experience to life.