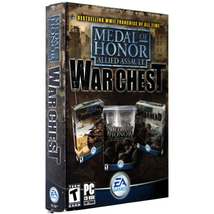 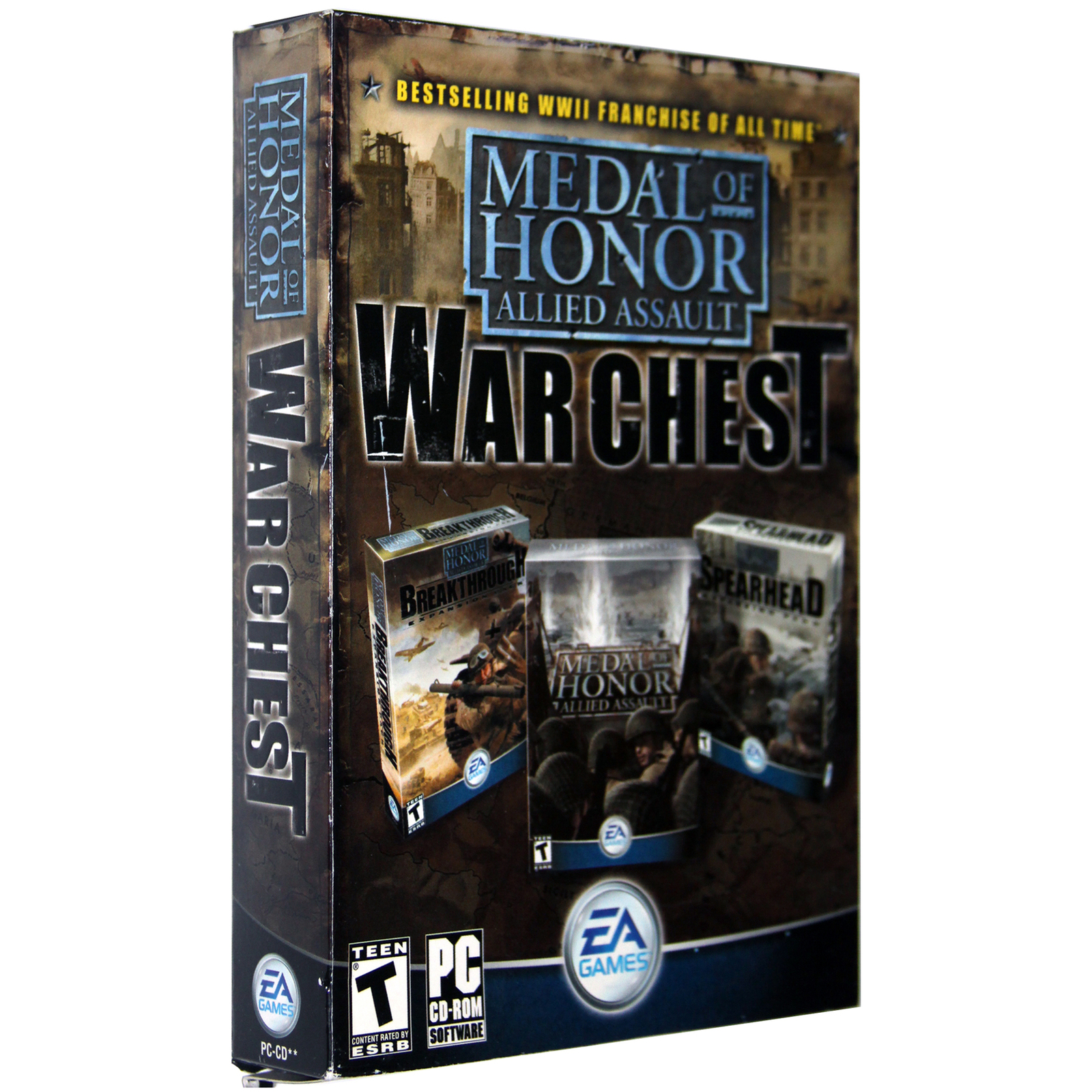 Open this "Warchest" to find the popular WWII shooter Medal of Honor: Allied Assault along with its first two expansion packs, Spearhead and Breakthrough. Together, the three games offer over 50 single-player missions and nearly 30 Multiplayer maps.

With Medal of Honor Allied Assault War Chest, your World War II tour of duty spans the European theater of war.From the D-Day invasion on Omaha Beach to the push toward Berlin, wage war in a massive variety of explosive single and multiplayer missions in what has been widely hailed as the best first-person shooter game ever.

With unprecedented WWII historical accuracy and epic cinematic appeal, Medal of Honor Allied Assault War Chest puts you into the European Theater of combat like never before!

Plus exclusive Valor in History interviews with real WWII Veterans.