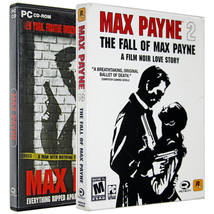 Max Payne l Max Payne 2: The Fall of Max Payne [PC Game] added to cart. Only one available in stock 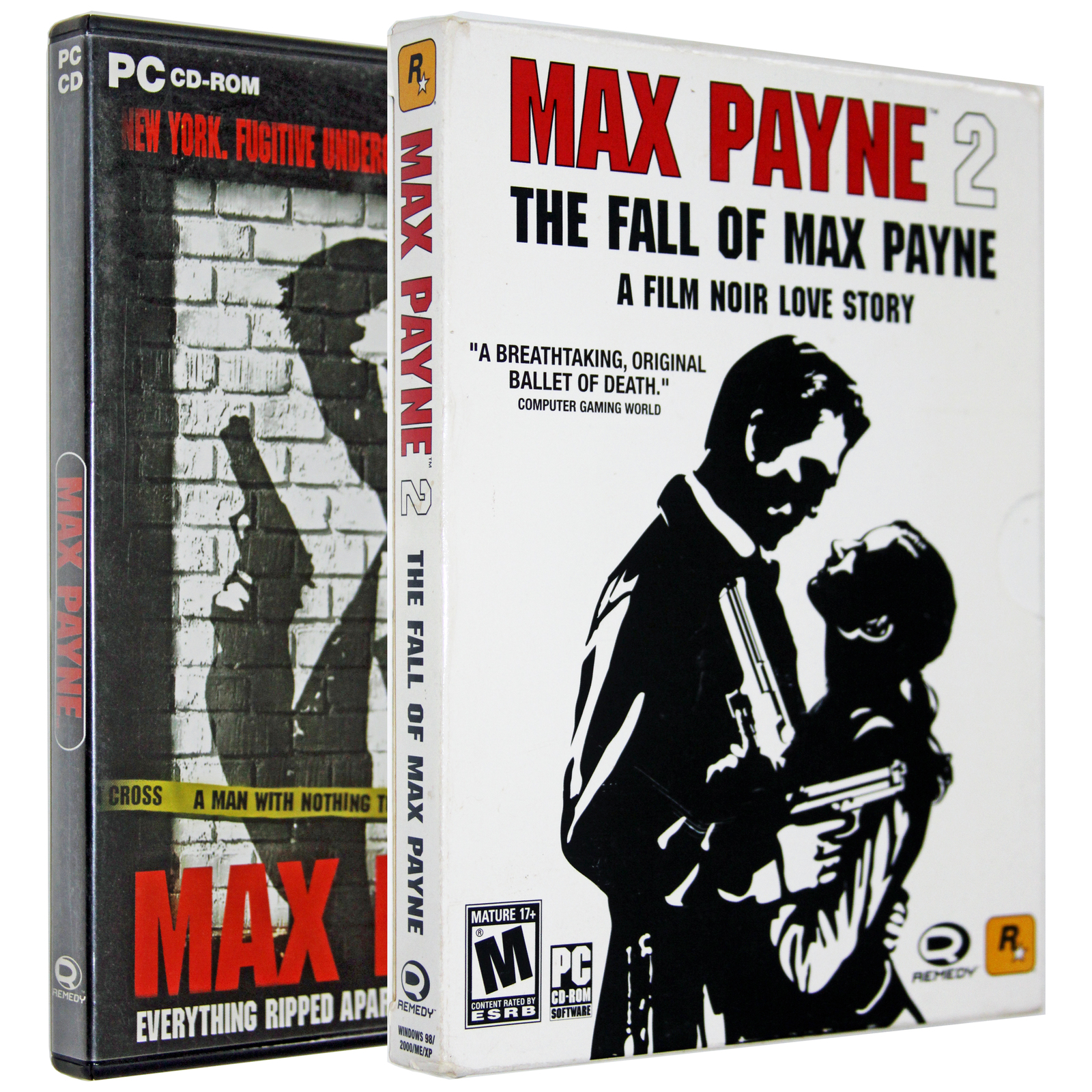 Max Payne: Over four years in the making, the highly anticipated Max Payne adds a new aspect of stylistic storytelling to the action-based 3D shooter. The game was developed solely as a single-player adventure and the designers at Finland's Remedy Entertainment focused on creating an experience that would make players care at least as much about the main character as they would about finish times or frag counts. Tried and true devices of pulp fiction and film noir are employed in this computer game, drawing the player into the dark story through gripping motivations of revenge and self-preservation.

Technically, Max Payne offers its own brand of state-of-the-art graphics and sound. Detailed, high-resolution environments are deformable, as walls become riddled with bullet holes of various sizes and shreds of paper, plastic, plaster, and tile fall to the ground, each in their own distinctly realistic manners. Admittedly inspired by the cinematic works of John Woo and Sam Peckinpah, the game applies stylistic techniques borrowed from action films as well, not only to add to the mood of the story but also to enhance gameplay. The title's signature "bullet time" gunfights can be played out in slow motion to provide a familiar dramatic effect and also to allow the player a chance to better situate himself and pick out prime targets in the chaos of flying lead.

Max Payne 2: The Fall of Max Payne: Finnish developer Remedy Entertainment's embittered vigilante cop has put his troubled past behind him and is ready to begin a new chapter in his life with Max Payne 2: The Fall of Max Payne. The stylized third-person shooter, which initially turned heads with its combination of gritty environments, film noir style, and use of bullet-time effects for dramatic shootouts, returns with an enhanced graphic engine and completely new storyline. The Fall of Max Payne chronicles the title character's romance with a sultry siren named Mona Sax. Things are never easy for Payne, however, as Sax just so happens to be a murder suspect who leads him down a dark path from which he may be unable to walk away from.

The new graphic engine allows for motion-captured movement, facial animation from a cast of professional actors, lip-synching, new lighting techniques, a rag doll physics model using the licensed Havok development kit, and redesigned 3D characters. Players will walk through cities as rain splashes down onto the streets with puddles reflecting the glow of neon signs, streetlights, and other details of urban life. The groundbreaking use of bullet time effects for slow-motion combat has been redesigned to incorporate different rates of speed for more theatrical gunplay. Max Payne is now a member of the NYPD, so missions involve interrogating prisoners, speaking with witnesses, and more.