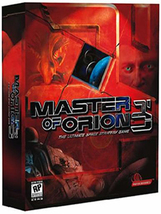 Master of Orion 3 [PC Game] added to cart. Only one available in stock 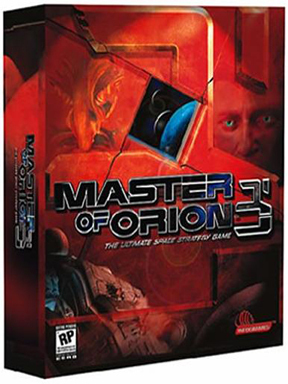 After a six year break, Master of Orion returns to PCs in its third incarnation. This 2003 version of the classic empire-building game expands upon many of the factors that made the original and its first sequel so popular, offering bigger maps, a greater variety of ships, and a more robust tech tree. Large galaxies can hold over 250 different star systems that contain as many as eight planets each. Individual planets themselves may support multiple moons, offering lots of space and resources for new colonies. The game also features advancements in artificial intelligence, especially concerning diplomacy and combat tactics. Many of the alien races and themes familiar to veterans of Master of Orion and Master of Orion II return in this edition.

Breaking from tradition, ship combat occurs in real-time here, though in a manner designed to integrate naturally with the rest of the turn-based gameplay. Unlike most straight RTS games, the Master of Orion 3 players' battlefield influence is more strategic, less tactical. Instead of the continuous quick-click direction and redirection of individual units, the player may rely on the AI of individual ship captains to make good tactical choices, each according to its particular situation. Command adjustments and new orders may also be given in the heat of battle, as needed. Each ship has its own experience and statistics that affect its individual performance, but ships group together into task forces and it's at this level of organization that most orders are given and executed. Players head into battle with fleets that may consist of many task forces.

Since the early stages of the game's design, Quicksilver's vision was to retain the style of the classic MicroProse games while adding more thorough governing options and bringing a deeper level of detail to the many different aspects of galactic conquest. The player sets the empire's basic policies and goals in the game, then a legion of AI governors helps ensure that these are properly implemented at all levels of exploration, production, and warfare. Though designed to be a rare necessity, detail-minded gamers can also choose to micromanage nearly any individual aspect of the empire. Players thus take customized control of the actions and affairs of diverse planets, ships, and personnel that might flourish across an interstellar realm panning many parsecs.