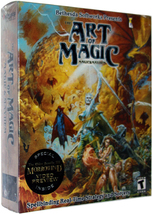 Magic & Mayhem: The Art of Magic [PC Game] added to cart. Only one available in stock 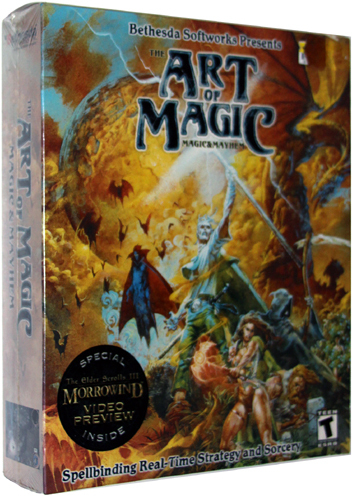 Developed by: Climax Group - Bethesda Softworks (2001) - Strategy RPG - Rated: Teen
Based on the 1998 sleeper hit Magic & Mayhem, Art of Magic is actually a prequel, taking place some 500 years before the story of the original game. Very much like the original, however, the player takes on the role of a young hero who is just beginning to learn the skills of wizardry and find his place in the world. Waking up the morning after the lively celebration of his eighteenth birthday, the brave Aurax is sent into the woods to look for his lost sister. The adventure begins as the siblings are suddenly attacked in the forest and Aurax's sister is stolen away.
Though in a basic way the gameplay in Magic & Mayhem: The Art of Magic is similar to that in traditional real-time strategy games, there is no gold to mine nor wood to chop. Mana is the truly important resource in this game, as nearly all actions rely upon it in one way or another. While the characters' mana power reserves are gradually regenerated, special items and areas on the game map can speed up this recovery. Finding and controlling these special objects and places becomes an important part of the overall strategy. Role-playing elements have substantial influence as well in this game, as Aurax becomes stronger and better equipped according to his success in completing each mission
Buy For: $29.99 - $29.99
Condition: Brand new, Factory sealed / Shrink wrapped "US Retail" LARGE boxed copy in mint condition
Availability: Usually Ships Within 24 to 48 Hours
Eligible for FREE tracking & delivery confirmation