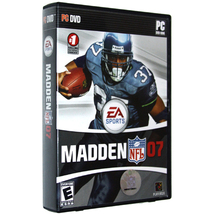 Madden NFL 07 [PC Game] added to cart. Only one available in stock 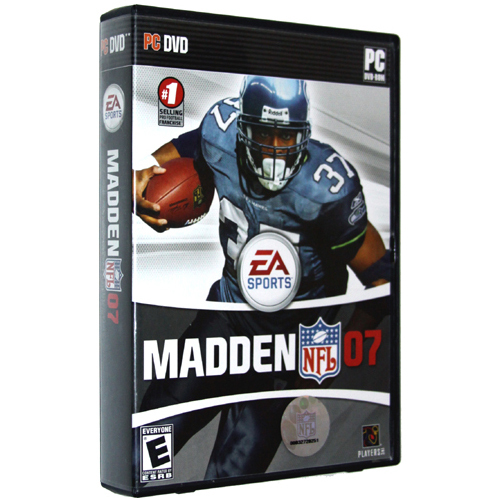 EA Sports' blockbuster football series continues for an unprecedented 17th season with Madden NFL 07 for PC. In addition to the yearly tweaks to the graphics engine and sound, Madden NFL 07's primary area of focus is the running game. For the first time in the series, players can take control of the lead blocker and create holes in the defensive line for the tailback to run through. Revised mouse controls incorporate the console's "highlight stick" feature, offering new jukes, cutbacks, and signature-style moves for the game's top rushing stars, including cover athlete and MVP Shaun Alexander.

The popular franchise mode returns with an option to track college athletes using the NFL Draft Scouting System and College All-Star Game. Franchise owners will also be able to unlock ability-enhancing roles for stars with standout team performances, while defensive minded players can sift through team-specific playbooks instead of calling basic schemes. A revamped superstar mode now follows a single position's career on and off the field, complete with custom camera views and controls for a more intimate experience. Another feature making a return is online support, where football fans from across the U.S. vie for the top leaderboard spot.

Though the core features for Madden NFL 07 on PC are identical to the console versions, computer-specific enhancements exist. The game includes native support for Xbox 360 controllers, allowing players to more easily perform moves with dual analog sticks and the default button layout. In addition, the computer version features user-defined stat screens for each weekly contest, and athletes already involved in a franchise are now free to be edited. Players can also decide whether or not teams automatically relocate, and whether the included soundtrack should be replaced by custom music.