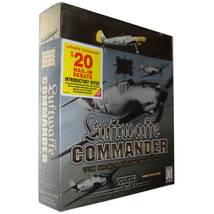 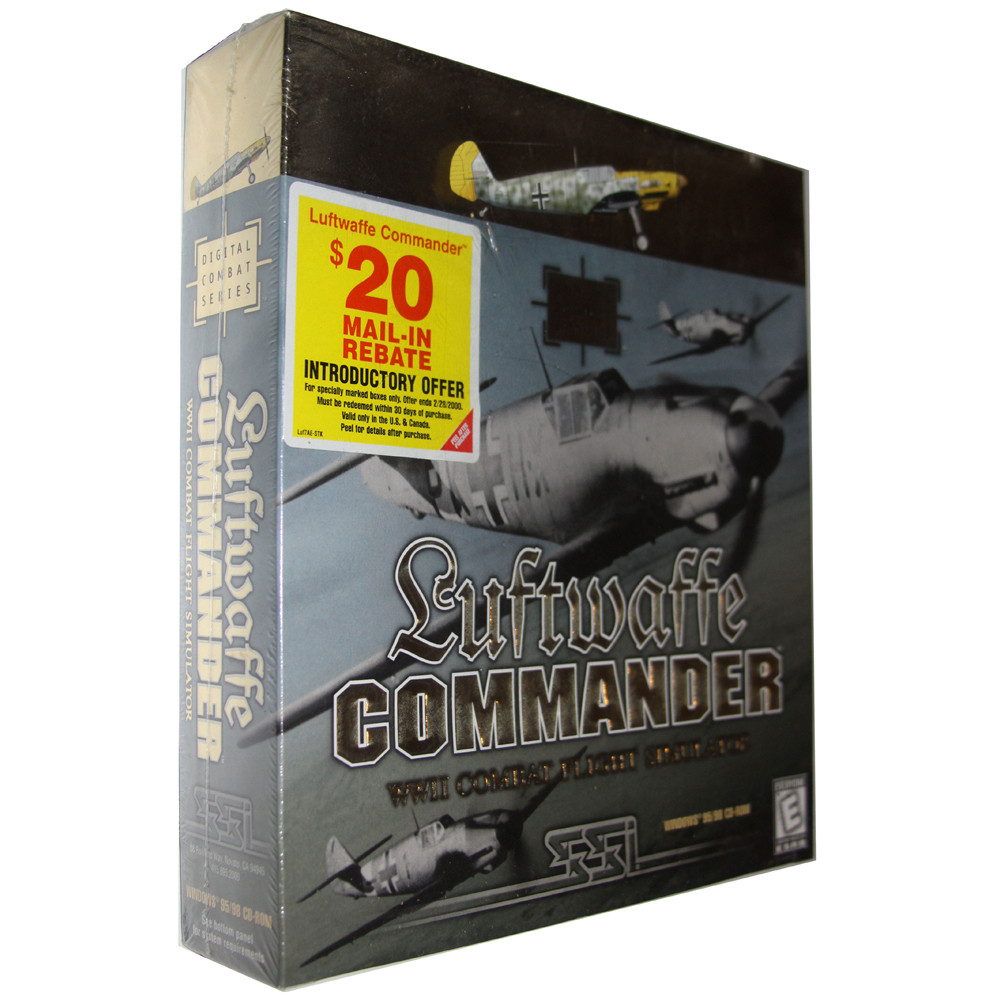 Luftwaffe Commander is a Microsoft Windows-based World War 2 theme combat flight simulation created by Strategic Simulations, Inc. and released in 1999 but copyrighted in 1998. It is a both single- and multiplayer simulation, and the playerenters a career as a Luftwaffe pilot on 5 fronts when playing in campaign mode but first has to successfully train on a Heinkel biplane. The fronts featured in campaign mode are Spain, France, Britain, Russian Front and the Western Front. In Single Player mode each campaign mission may be flown individually and each of the 5 fronts has 10 missions. In the Air Combat mode or menu the player can choose to have a skirmish with himself, an A.I. wingman and other A.I. opponents of several dozen chosen enemy aircraft.

Flyable aircraft: Note only Luftwaffe Aircraft can be used in Campaign or Single Player mode. In Multiplayer, Air Combat or Aircraft familiarization modes any of these flyable aircraft are available.