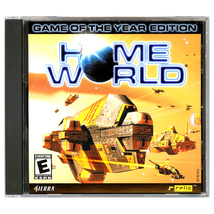 Homeworld: Game of the Year Edition [PC Game] added to cart. Only one available in stock 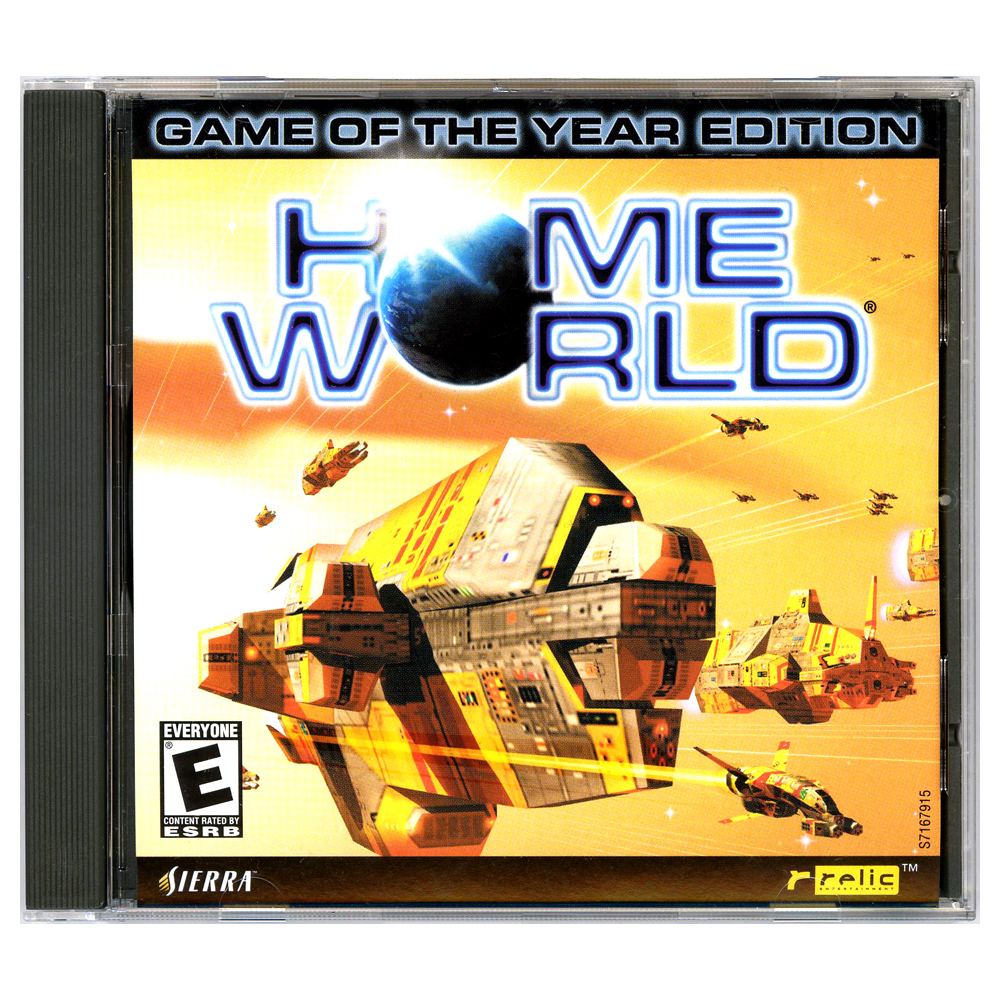 Homeworld is a real-time strategy game set in deep space, played in a truly 3D environment. Fleets of individual ships can be sent to explore, harvest resources, and engage enemies in all directions -- up or down, backward or forward, and to either side. An innovative camera system that focuses on objects instead of places offers easy control over the perspective, allowing the player to follow these units that move freely in open space. Like the main play view, a cube-shaped mini-map can be zoomed in or out and rotated on all three axes, to let the player view the vast, surrounding area from any angle.

The Mothership -- an enormous structure representing the combined efforts of a planet's entire population over many years -- serves as the base of operations. Here, resources are processed, technologies are researched, and new ships are built to serve a variety of purposes. While the action in Homeworld plays out in real time, the game can be paused when the player sets research goals or places build orders. Fleets and individual units can be given orders while the single-player game is paused as well, permitting the orchestration of elaborate, effective tactical maneuvers.

The main storyline of Homeworld's single-player game follows the Kushan, a doomed race living on an unforgiving planet called Kharak. In the ancient ruins of the planet's earliest city, scientists discover a piece of an amazing relic, which hints at the Kushan's forgotten history. Though much is learned from this discovery, including the technology required for interstellar travel, much of the past and future remain unknown.

Realizing that Kharak will support them for only a few generations more, and inspired by evidence of what may be their true home planet, the Kushan come together as one, devoting all their energy and resources to a single, great project. The enormous, space-worthy Mothership is built and hundreds of Kushan are chosen to travel aboard it into the unknown, placed in a state of suspended animation and packed together as the most precious cargo. The fate of an entire people now depends on the strange and dangerous journey ahead.

Homeworld was named 1999's Game of the Year by PC Gamer and Strategy Game of the Year by Computer Gaming World, GameSpy, and CNET GameCenter. The game also earned a Best Music of 1999 distinction from GameSpot. Along with the award-winning real-time strategy, the Homeworld: Game of the Year Edition also includes a CD of the soundtrack and a copy of the Prima strategy guide.