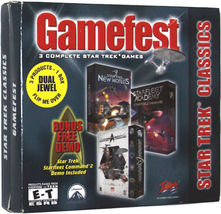 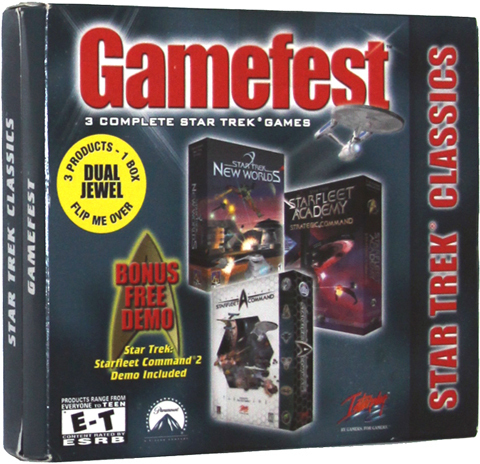 Star Trek: New Worlds: There goes the neighborhood! Seems the Romulans have been experimenting on a top-secret weapon in the Neutral Zone and something has gone wrong during testing of Project Shiva. New resource-rich planets are blinking into existence throughout the buffer zone because of a spatial anomaly, and the temptation is proving too much for the peacekeeping United Federation of Planets and expansion-minded Klingon Empire.

Star Trek: Starfleet Academy: is a spaceship flight simulation game that also includes a wealth of Star Trek reference information. The game, which comes on six CD-ROMs and also has add-on missions available, puts the player in the boots of a rookie space pilot entering the fabled Starfleet Academy in San Francisco, Earth.