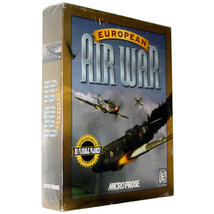 European Air War [PC Game] added to cart. Only one available in stock 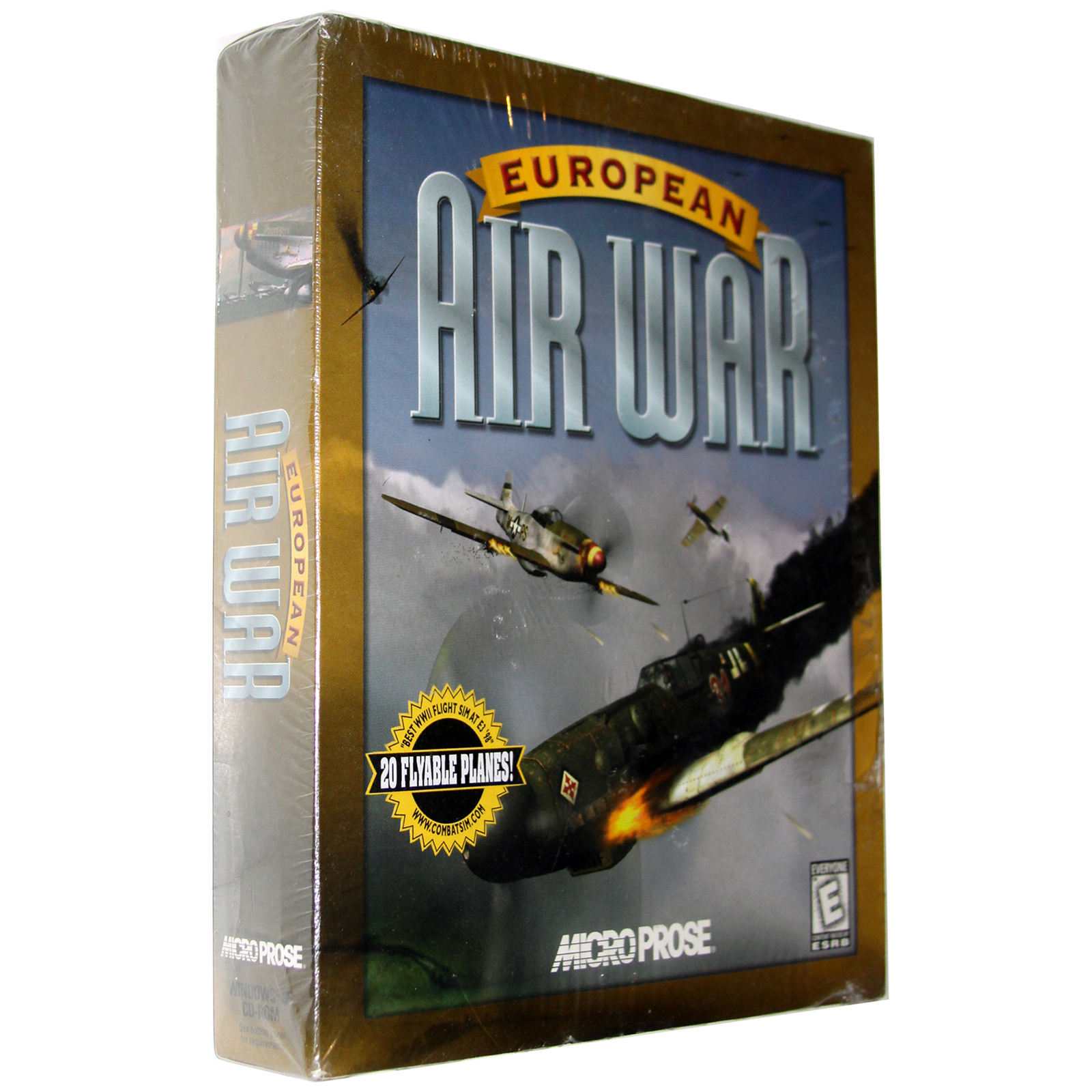 European Air War (PC Game) is a World War II combat flight simulator from Microprose that straps you in the seats of a variety of fighters and bombers of that era. You choose to fly for one of three nations (Britain, Germany, or the United States). Although the point and overall objectives of European Air War may be reminiscent of other games, the way in which the flights and scenery are portrayed is impressive, especially when played with a 3dfx graphics card and a good quality joystick. The rousing animation and use of genuine newsreel footage adds to the atmosphere, as does the number of views the pilot can choose from. One very useful option within the game is to fly without having the instrument panel in front of you, giving you a clearer view of the enemies -- if you can find them.

As with many previous flight simulators, the game arrives with a huge flight manual, full of control details and historical facts about the aircraft used in this part of World War II. Also as with many other flight sims, you get to choose from an impressive array of both fighters and bombers. You also have the choice to fly for either the United States, Britain's RAF, or the mighty Luftwaffe, whose aircraft always seem so boxy compared to the Allies' planes.

You have intercom and R/T speech facilities, which aid you in the search for the enemy and help form a real bond with your flying buddies and wingmen. The engine noises and sound effects are as realistic as you would expect.

The graphics are good (far better than many competitors) and the ground and scenery are especially spectacular - just what you need when you're on a bombing run. The planes handle well, particularly if you've invested in a DirectX compatible joystick, throttle, and rudder pedal array (would it have been cheaper to buy the plane?).

When many games flooding onto the market are based on generic futuristic spacecraft or state-of-the-art jet aircraft, it's a pleasure to find a simulation that is realistic, historic, fun to play, and challenging, as this is.