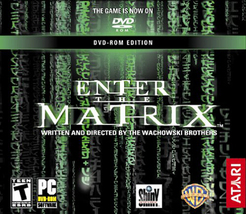 Enter the Matrix [DVD-ROM] [Jewel Case] [PC Game] added to cart. Only one available in stock 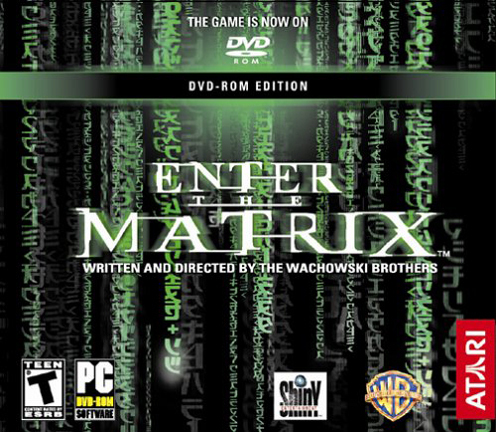 The first game inspired by The Matrix series of films features an original storyline with characters and choreography from the second movie, The Matrix: Reloaded. Players assume the role of either Niobe, a ship captain played by Jada Pinkett Smith in the film, or Ghost, a weapons expert and love interest of Trinity. Neo also makes an appearance, but only as a character who fights alongside players from time to time. The game takes place from a third-person perspective as players delve deeper into the Matrix while fending off a number of threats looking to stop them. The first film's groundbreaking use of slow-motion camera effects has been incorporated into the game as focus, where characters can manipulate the flow of time with a pressing of a button.

While this effect has been seen in games like Max Payne and Dead to Rights, Enter the Matrix takes it one step further with the ability to climb and run across walls, perform back flips, leap across buildings, and perform various other aerial stunts. In total, over 4,000 moves were motion-captured specifically for the game with the full cooperation of the Wachowski brothers, who also wrote the game's story. The element of focus, represented by a vertical meter along with health, can also be used in context-specific situations to automatically perform certain maneuvers, such as kicking two foes positioned on either side of the character with both feet. In addition to focus abilities, players can use the analog controls to guide how fast or slow the character moves throughout the real world.

Characters are not helpless without focus, however. Players can hide behind objects to use for cover, lean against walls to peer around corners, climb ladders, hang from ledges, shimmy across pipes, and more. The 3D environments are designed to be entirely interactive, allowing characters to travel across them however they desire. There are also vehicle stages where the two lead characters race across the real world or fly through the Matrix itself, avoiding the omnipresent Sentinels trying to latch onto their vessel and end the game. Rounding out the list of features are 24 different weapons, the ability to hack into the Matrix to learn more melee attacks or to enter cheat codes, a two-player sparring option from within a dojo, and voice-overs recorded by the cast of the series.

Available: Usually Ships within 24 to 48 Hours