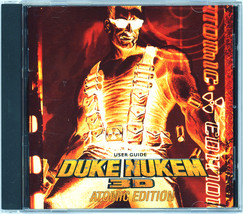 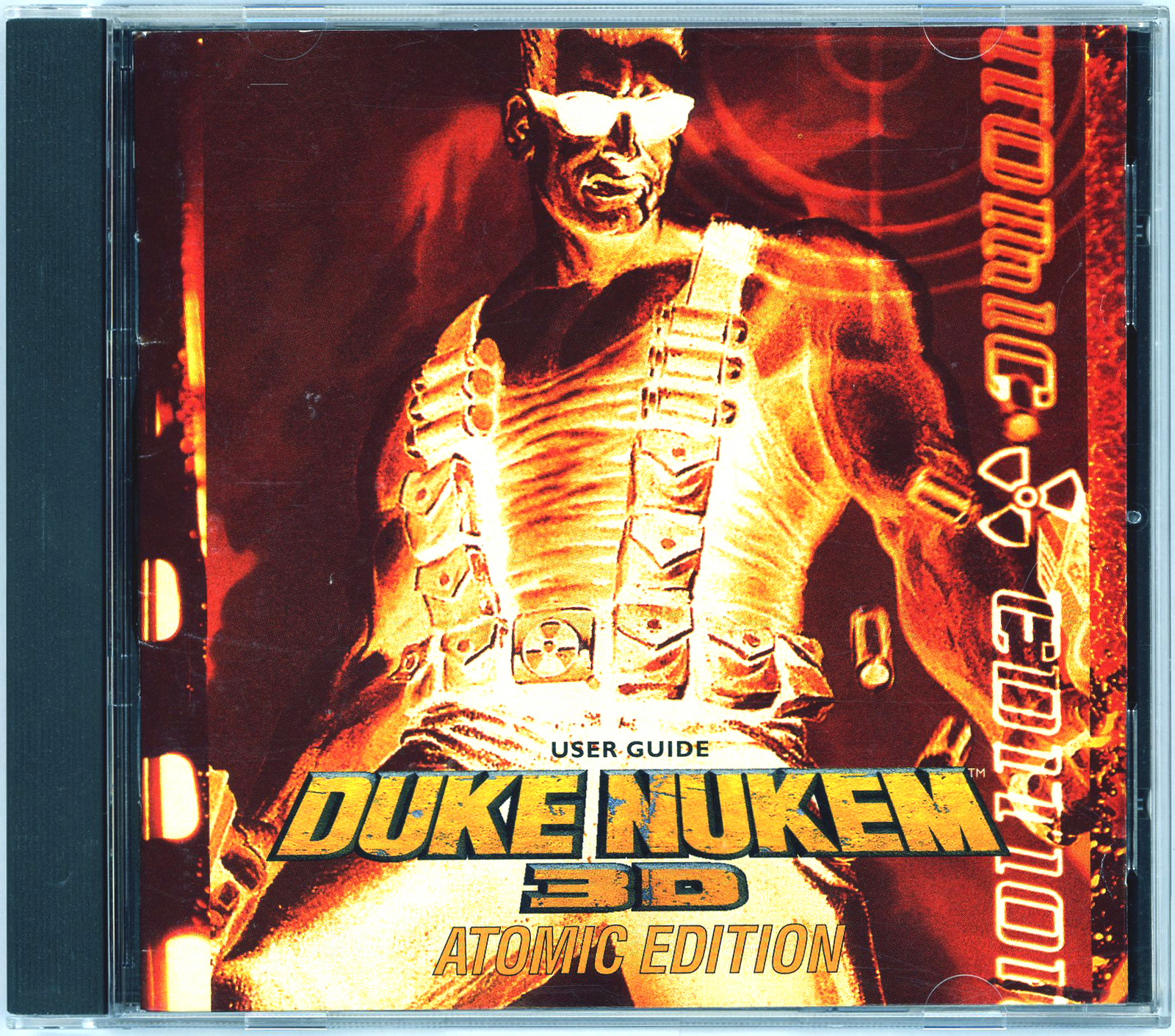 First-person action explodes onto the Macintosh in Duke Nukem 3D: Atomic Edition, as the irascible hero defends the human race by pounding aliens in 39 levels of non-stop mayhem and carnage. With a deadly arsenal of pistols, shotguns, grenades, machine guns, mines, cannons, bombs and more, Duke Nukem runs, swims, flies (jetpack), crawls, and jumps his way through four episodes: LA Meltdown, Lunar Apocalypse, Shrapnel City, and The Birth. Four difficulty settings allow players to ease into the action or attack with all guns blazing from the start, as Duke encounters earthquakes, skyscrapers, canyons, sewers, and more.

The third chapter in the series, and the first with a 3D perspective (the original Duke Nukem and the sequel, Duke Nukem II, are side scrolling platform games). This game, set sometime in the early 21st century, begins in a ravaged LA, which was overtaken by aliens while you were abducted during Duke Nukem II. Duke, upon returning to Earth, finds himself with another mess to clean up, and another alien race that needs exterminating. Duke is a can-do hero who realizes that sometimes innocent people have to die in order to save Earth, so accuracy of gun fire is not a real concern to him. :)

Duke Nukem, the politically incorrect celebrity and ultimate alien ass kicker, defends Earth and its babes from alien invasion. He is a can-do hero who realizes that sometimes innocent people have to die in order to save Earth, so accuracy of gun fire is not a real concern to him. This is the award winning game that helped define the FPS genre and introduced unparalleled interactivity and a talking main character.

Take the fight to the aliens in Hollywood, Los Angeles, a moon base and alien spacecraft. Defeat the aliens, so Duke can get back to some R&R with a stogie, a warm belly and a bottle of Jack.