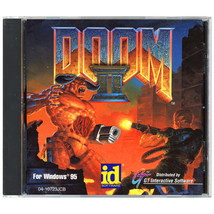 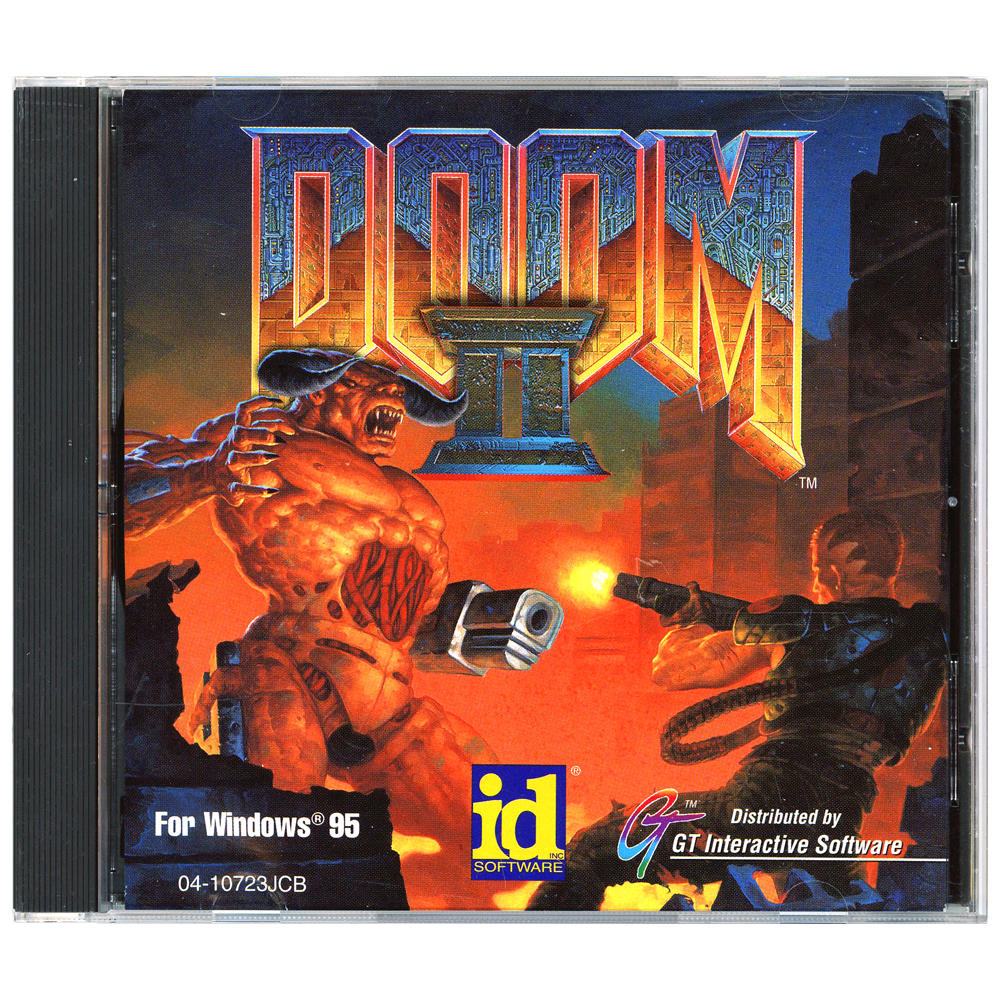 The sequel to id Software's critically acclaimed Doom has invaded the PC with unbridled fury. Featuring improved 640x400 graphical resolution and more first-person shooting action, the objective of Doom II is quite simple: destroy, maim, shoot...and shoot some more. Although you begin with a military-issue pistol, you eventually have access to a small arsenal of weapons including shotguns, chain-guns, rocket launchers, plasma rifles and the aptly named BFG 9000.

Although supplied with proper weapons and a simple objective, destroying legions of butt-ugly freaks and demons will be an exercise in futility -- unless you're good enough. There are gun-toting humans-turned-zombies fighting for their new dark lord and savior, hellish imps and pig demons, invisible specters, flaming skulls known as Lost Souls and big balls of flying terror known as the Cacodemon. As you progress through each of the 30 levels, monsters get bigger, harder to kill and meaner: the Arch-Vile resurrects dead monsters, the Mancubus unleashes fireballs and the Spider Mastermind uses a flesh-ripping super chain-gun. Just when you think you've seen it all, there's a towering Cyberdemon -- he fires heat-seeking rockets -- to destroy.