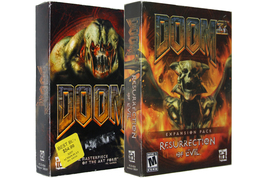 Doom 3 Gold Edition [PC Game] added to cart. Only one available in stock 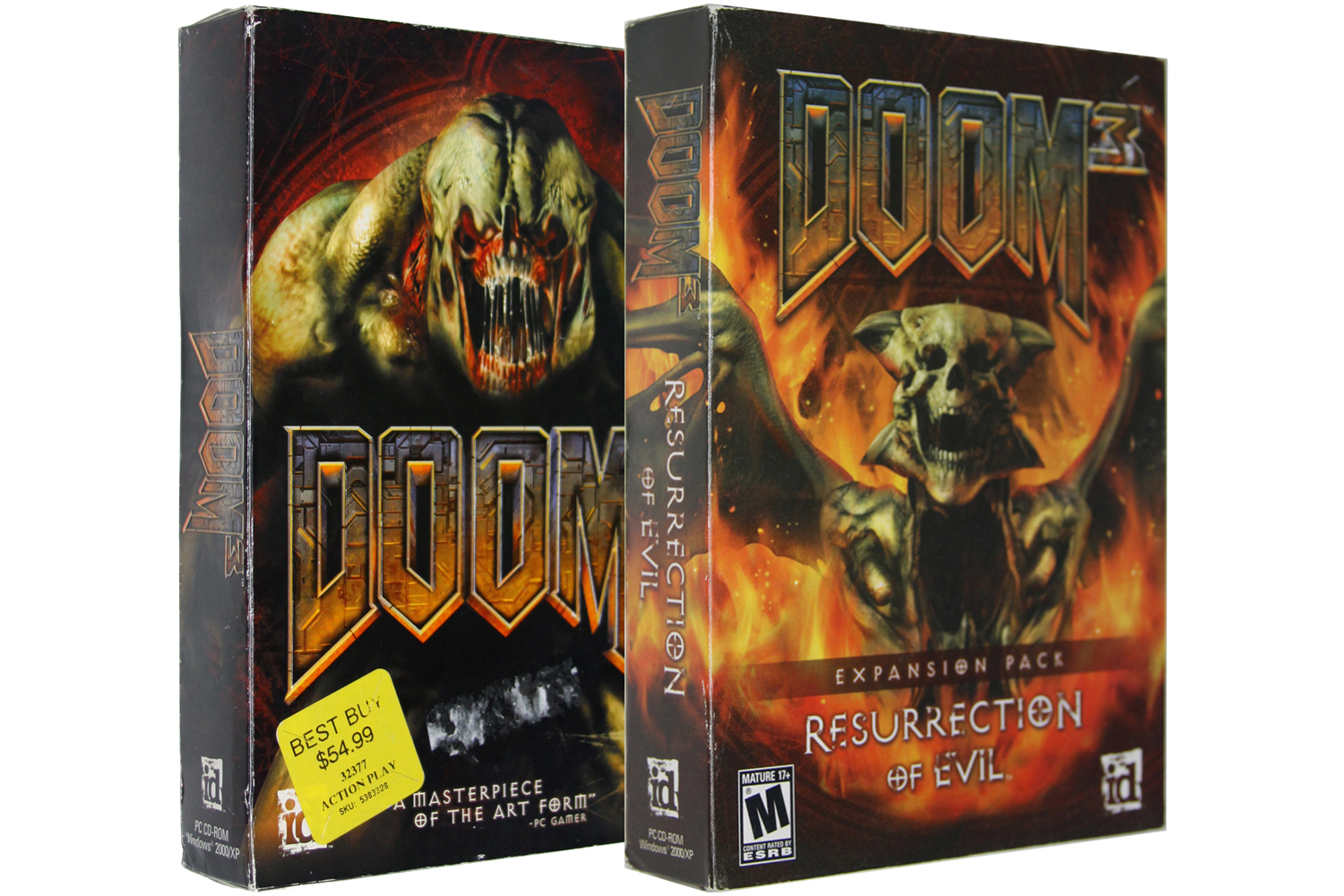 The result is a more cinematic experience than in games past, with elements of horror interwoven with the action to create a sense of tension. Shadows sometimes appear a split second before enemies attack, creatures materialize in the reflections of mirrors, and monsters can break through walls. Certain classic enemies have also been upgraded, such as the imps, which now stare players down with glaring eyes before pouncing on them.

Resurrection of Evil is the first expansion pack for 2004's technology-advancing Doom 3. The add-on's single-player campaign casts players as an engineer, sent to investigate a strange beacon signal coming from the now-abandoned industrial base on Mars. While the same style of desperate, one-against-the-world shooter gameplay prevails, many missions are set in more natural, cavernous environments and the new player character has access to different equipment, including the fan-favorite double-barreled shotgun. The expansion also adds more online multiplayer options, including a Capture the Flag game mode and (official) support for up to eight Internet-connected players. Doom 3: Resurrection of Evil was developed by series creator id, with lots of help from Texas neighbor Nerve Software (Return to Castle Wolfenstein: Tides of War).