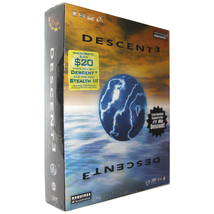 Descent 3 [PC Game] added to cart. Only one available in stock 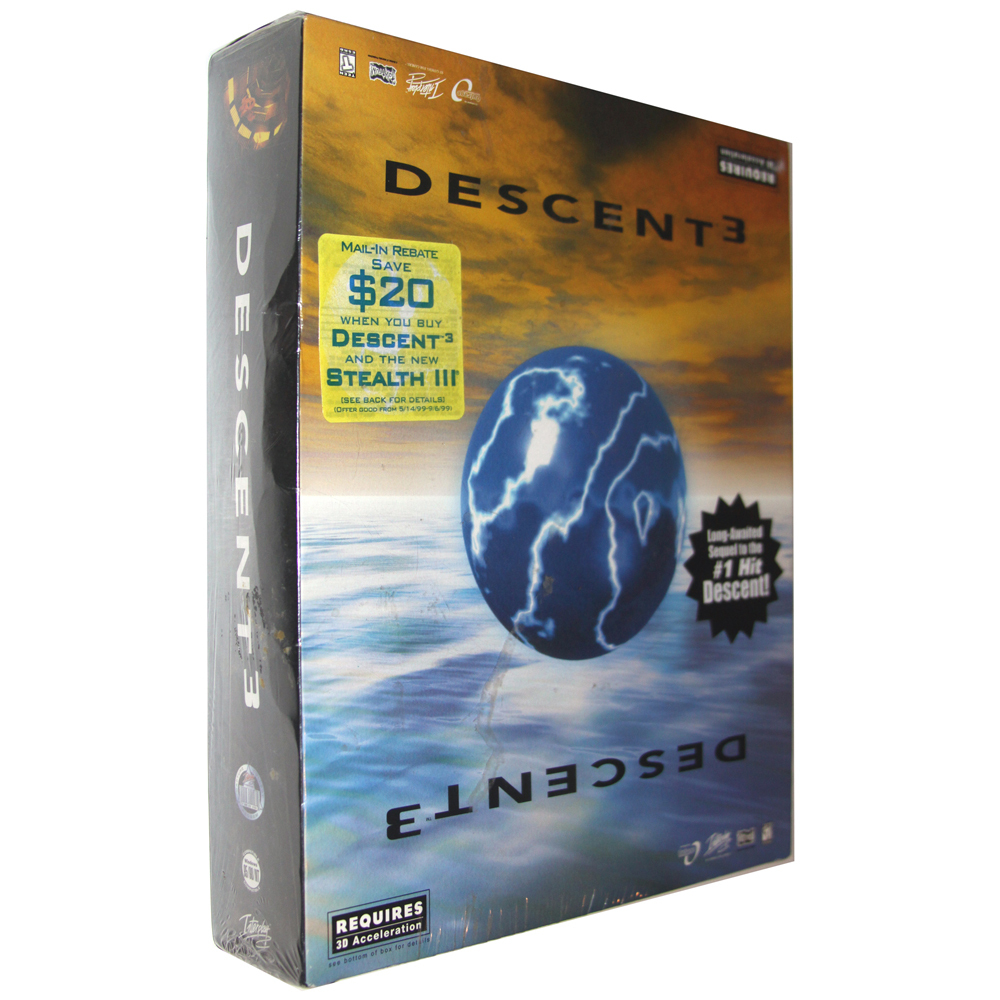 Descent 3, simply put, is a 3D experience of 360 degrees, over 30 merciless robots, and 20 powerful weapons. Strap yourself in, grab your favourite controlling device, and get ready to descend against some malfunctioning 'bots who are bent on destroying all in their path.

Descent 3 picks up where Descent II left off. Somehow, your ship and you have escaped the warp-core explosion in one piece and have been flung through the far reaches of space towards a large roaring sun-planet. Just when it looks like the game is over before it begins, a PTMC mining ship snags you from a certain death. Unfortunately, the price of your rescue is high- you must venture within PTMC labs and bases to destroy and investigate the cause of the virus making the bots malfunction and become violent.

Descent 3 features "Fusion Engine" technology which, unlike the first two Descent games, allows you to fly seamlessly from inside to outside. The engine is a combination of a flight-sim engine with a room-based structual engine. As well, Descent 3 boasts "Polygon Accurate Collision Detection" which gives objects mass, velocity, inertia, and other real-world qualities. And, for multiplayer enthusiasts, Descent 3 comes with out-of-the-box multiplayer support.

From the Manufacturer: Part 3 in the vehicular first-person shooter series. Descent 3 starts off right where the warp-core exploded in Descent II. You miraculously survived the incident, only to be left floating in space, unconscious, headed right towards a sun. A PTMC mining ship snatches you just in time, but not for free. At the price of saving your life, you now have to endure some of the same duties you had to do in the first two Descent adventures, but with a whole lot more going on. Eradicating enemy mining bots is one of your goals, but your mission also includes the investigation behind the virus causing the malfunction of the mining bots' AI. Features 15 levels, 20 weapons, 30 new robots, and the ability to travel inside structures and on the surface.