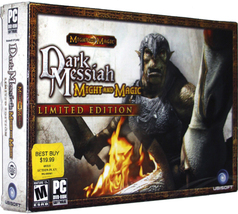 Dark Messiah: Might and Magic - Limited Edition [PC Game] added to cart. Only one available in stock 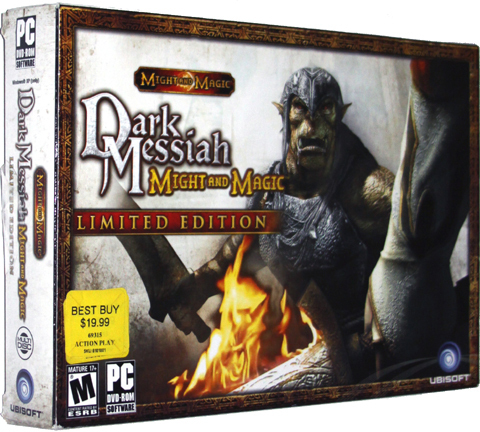 The game's multiplayer modes support up to 32 players, and along with the obligatory "Deathmatch" and "Team Deathmatch" modes, the multiplayer arena includes a "Crusade" mode that emphasizes teamwork in multi-match competition. In "Crusade," players choose one of five character classes, such as warrior or mage. Throughout the game, there are opportunities to increase characters' skills as they complete battles. After each round, a "dynamic campaign" feature determines the next map's location, as well as the items and skills you can gain between rounds, by analyzing completion statistics from the previous conflict.