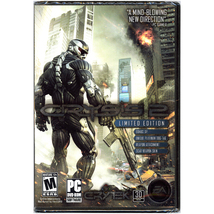 Crysis 2 - Limited Edition [PC Game] added to cart. Only one available in stock 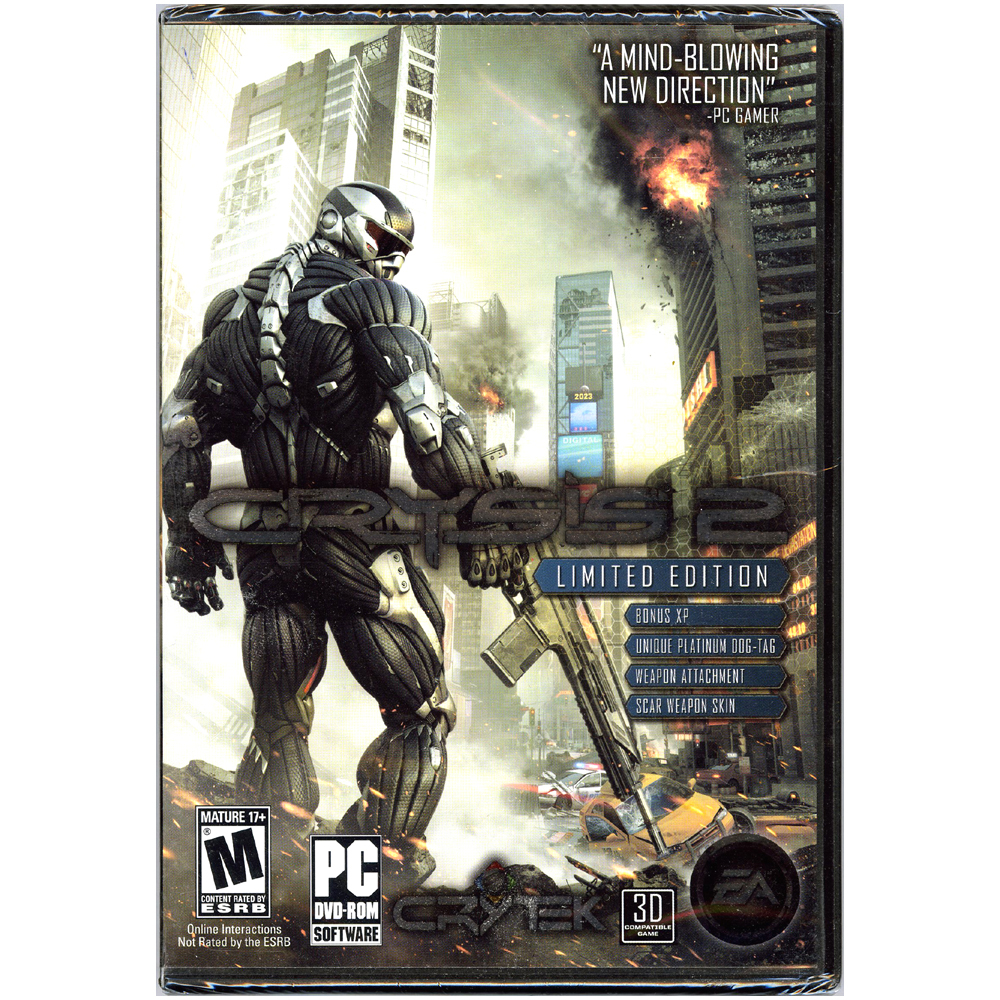 In the role of a soldier, alone in a devastated urban jungle, players use the super-human abilities provided by a technologically advanced suit to save the world from alien invaders, as they battle through the first-person shooter sequel, Crysis 2. As in the first game, the hero's most important weapon is a high-tech suit that integrates with his body to provide increased defense, enhanced stealth, and various offensive capabilities. The sequel's enemy aliens employ improved situational intelligence and group tactics, calling on players to approach each situation strategically and make the most of the array of powers provided by the suit.

Written by science fiction author Richard Morgan, the story takes place in an embattled New York City. The metropolis crumbles under a full-on invasion, as aliens return in force to annihilate humankind. Conventional weapons and warfare fail against the onslaught, leaving Earth's salvation to the wearer of the revolutionary Nanosuit 2. Using the integrated stealth, strength, and special abilities provided by the futuristic armor -- along with a selection of highly destructive weapons -- players embark on dangerous missions to strike at crucial vulnerabilities and sabotage the alien assault.

The game's multiplayer options include "Crash Site," a team-based mode in which players compete for control of resources that appear regularly on the battlefield, and "Team Instant Action," for pick-up-and-play, squad-based deathmatches. Crysis 2 was developed by Crytek, and runs on the German studio's signature "CryEngine" programming platform, designed to produce exceptional graphics on contemporary consoles and home computers. The game can also be played in stereoscopic 3D with compatible equipment.