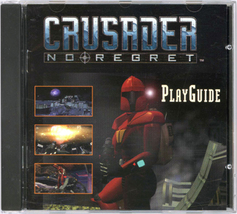 Crusader: No Regret [PC Game] added to cart. Only one available in stock 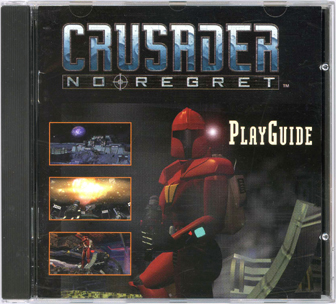 Crusader: No Regret is a direct sequel to Crusader: No Remorse, its events starting 46 hours after those depicted in the previous game. The protagonist of the game, a silencer known as the Captain, manipulates his escape pod into a WEC freighter heading towards the moon. There, WEC has established itself as the sole power, overseeing mining procedures and using the moon as prison for dissidents. The Resistance members are forced to work for WEC, extracting a precious radioactive component, Di-Corellium. The powerful corporation is not happy to see the Captain on the moon, and he has to use all his wits and skills to survive as WEC, led by Chairman Draygan, is trying to hunt him down.
The game looks and plays very similarly to its predecessor, being an isometric shooter in which the Captain can also jump, run, roll, and kneel to avoid enemy attacks. A few new weapons and death animations have been added. The game's structure is somewhat more straightforward compared to the previous installment. In No Remorse, the Captain was limited to carry five weapons; in No Regret, this limitation has been removed.
On the game play side, Origin decided to make this game a little simpler than the first Crusader by removing some elements such as the equipment shop in-between levels. This changes the game somewhat and makes it a very straight forward shooter with very little to shift your attention from the action at hand. This is the only reason a point was removed from this games rating.
The music, much like it predecessor, is techno style and keeps the adrenalin going while you keep the blood spilling.
Buy For: $9.99 - $9.99
Condition: [LIKE NEW] "US Retail" JEWEL CASE EDITION, with Manual, Inserts etc.: 100% complete.
Availability: Usually Ships Within 24 to 48 Hours
Eligible for FREE tracking & delivery confirmation