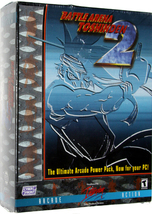 Battle Arena Toshinden 2 [PC Game] added to cart. Only one available in stock 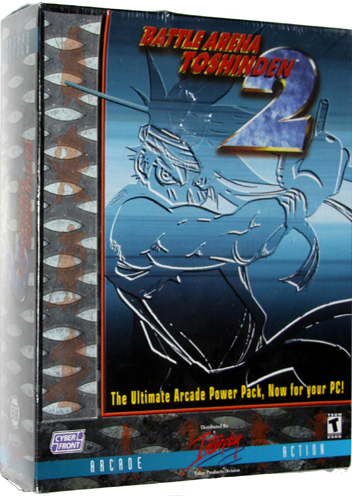 Himitsu Kessha founded the annual Toshinden tournament featuring strong combatants from all around the world. After the organizers discovered a non-sanctioned tournament was being hosted by Gaia, the corporation created a new tournament, trying to lure the upstart to participate so he could be slain for his insolence.

Battle Arena Toshinden 2 features rotational 360-degree movements in a 3D environment and includes a cast of eleven characters from the original arcade version, such as Eiji Shinjo, Kayin Amoh, Tracy, Chaos and Duke B. Rambert, each with their own arenas, moves, combinations, weapons and special attacks. In addition to two bosses to fight, a mysterious bonus character is waiting to be unlocked as well.

Battle options include one-player (head-to-head against eight computer opponents or another human player) or full battle. In one-player mode, you go one-on-one against individually selected opponents, while full battle enters you into a heated tournament against all characters.