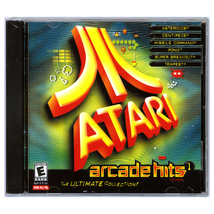 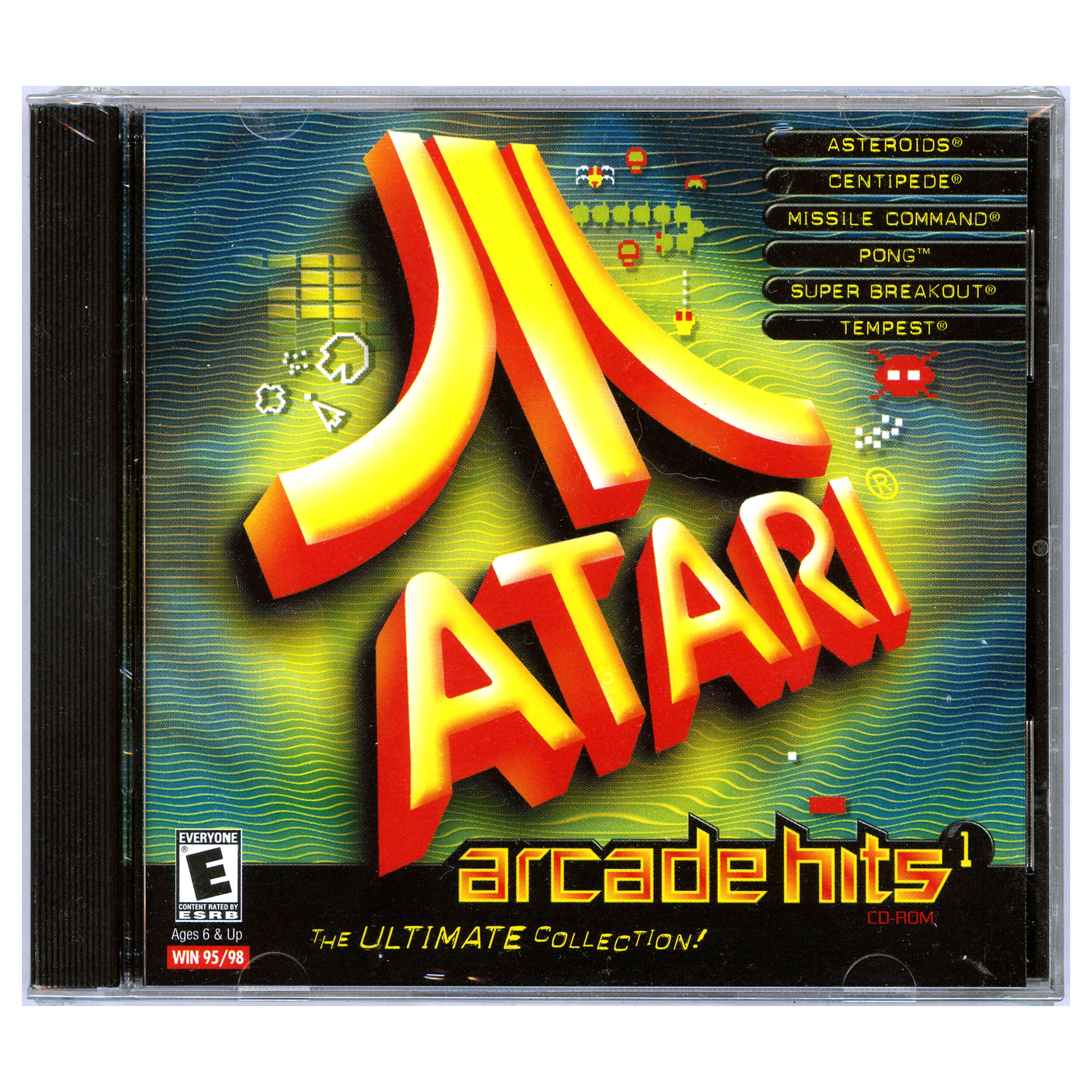 Developed by: Digital Eclipse Software - Hasbro Interactive (1999) - Multi-Genre Compilation - Rated: Everyone
Six old Atari Arcade classics can now be played on your PC in Atari Arcade Hits: Volume 1 CD-ROM Game. Choose from Asteroids, Centipede, Missile Command, Pong, Super Breakout, or Tempest, each shown on the screen the way they looked when you first stood in front of them in an Arcade and emulated with minute details such as Asteroids' inability to show three initials in the tenth spot on the high scores list.Players can go into the configure box and modify the way each game is played. There are options for enhanced graphics, a "trippy mode" for Asteroids, and the ability to tweak difficulty levels, among others. There are even desktop themes to choose from which will replace the wallpaper, screensaver, icons, and sounds in your PC with ones related to your favorite Atari game.
Each game is playable with a joystick, mouse, or keyboard and the developers focused on emulating the feel of the trackball in games like Centipede and Missile Command. The same is true of the knob used to play Tempest, Pong, and Super Breakout.Players with access to the web can go to the official Atari web site and enter their high scores into the company's server. Who's the best Tempest player in the United States? You can find out there.Finally, there's also an Atari archives section full of interviews with founder Nolan Bushnell and pictures from the early days of the company's success both in the Arcades and in the home with the Atari 2600.
From the Manufacturer: One CD-ROM full of Atari arcade classics? Believe it! Combining two volumes of ATARI ARCADE HITS: Volume 1, this all-inclusive package lets you test your mettle at such groundbreaking games as: ASTEROIDS, CENTIPEDE, MISSILE COMMAND, PONG, SUPER BREAKOUT, TEMPEST; ASTROIDS DELUXE, BATTLEZOME, CRYSTAL CASTLES, GRAVITAR, MILLIPEDE, and WARLORDS. Each game is replicated in arcade-perfect form, and there's an Enhanced mode for each presenting the action with updated graphics and gameplay. Throw in a collection of old Atari ads and an entire CD of desktop themes, and you've a got a winner on your hands.
Special Features: A dozen classic games; Enhanced modes for each; arcade-perfect graphics; screensavers; two-player action
Warnings: Suitable for Persons Ages Six and Older.