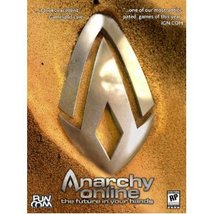 Anarchy Online [PC Game] added to cart. Only one available in stock 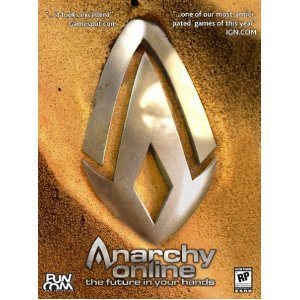 Anarchy Online takes place on the persistent online world of Rubi-Ka. The planet features a sci-fi setting with a fantasy flavor, featuring monsters and magic with scientifically credible explanations for their existence. While there are a few basic ground rules and contextual idiosyncrasies, Anarchy Online is designed to offer players as many choices as possible and allow them to build the society of the game world through their own decisions and interaction.

Characters can be viewed from a first or third-person perspective. In addition to standard literal conversations between avatars, characters can also emote through several displays of body language, ranging from a wave or a polite bow to purposeful flatulence or a mildly obscene hand gesture. Certain park areas in some of Rubi-Ka's cities are designated as exclusively for social interaction and weapons and fighting are prohibited in these places.

The game is designed to offer players a wide range of choices in character creation. Characters can be "regular" human beings or one of three genetically altered human "breeds," each with a specially designed physiology that makes them stronger, quicker, or better suited to control the nano machines that perform the technological "magic" in the game world. Once the character has been created and customized, it is time to decide on an alliance.

Two major factions exist on Rubi-Ka, the seemingly ubiquitous Omni-Tek corporation and those who organize to rebel against it. While there is technically no "good" or "evil" choice among these to groups, there is a definite, ongoing conflict between them, and the players' choices will influence the people they meet and the quests that become available to them. There is also the choice to be neutral, though neutral characters may never be fully trusted by members on either side of the dispute.

Aside from their basic alliance for or against Omni-Tek, player characters can join clans or create their own. The game is uses an innovative system that is intended to help players find exclusive jobs and quests that are appropriate to their skills and alliances. Players can even assign their own quests, or subcontract other characters to help accomplish a major mission. All these factors are created in line with the game's theme of freedom in interaction and "natural" evolution of the game world's society.