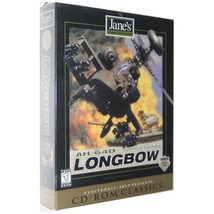 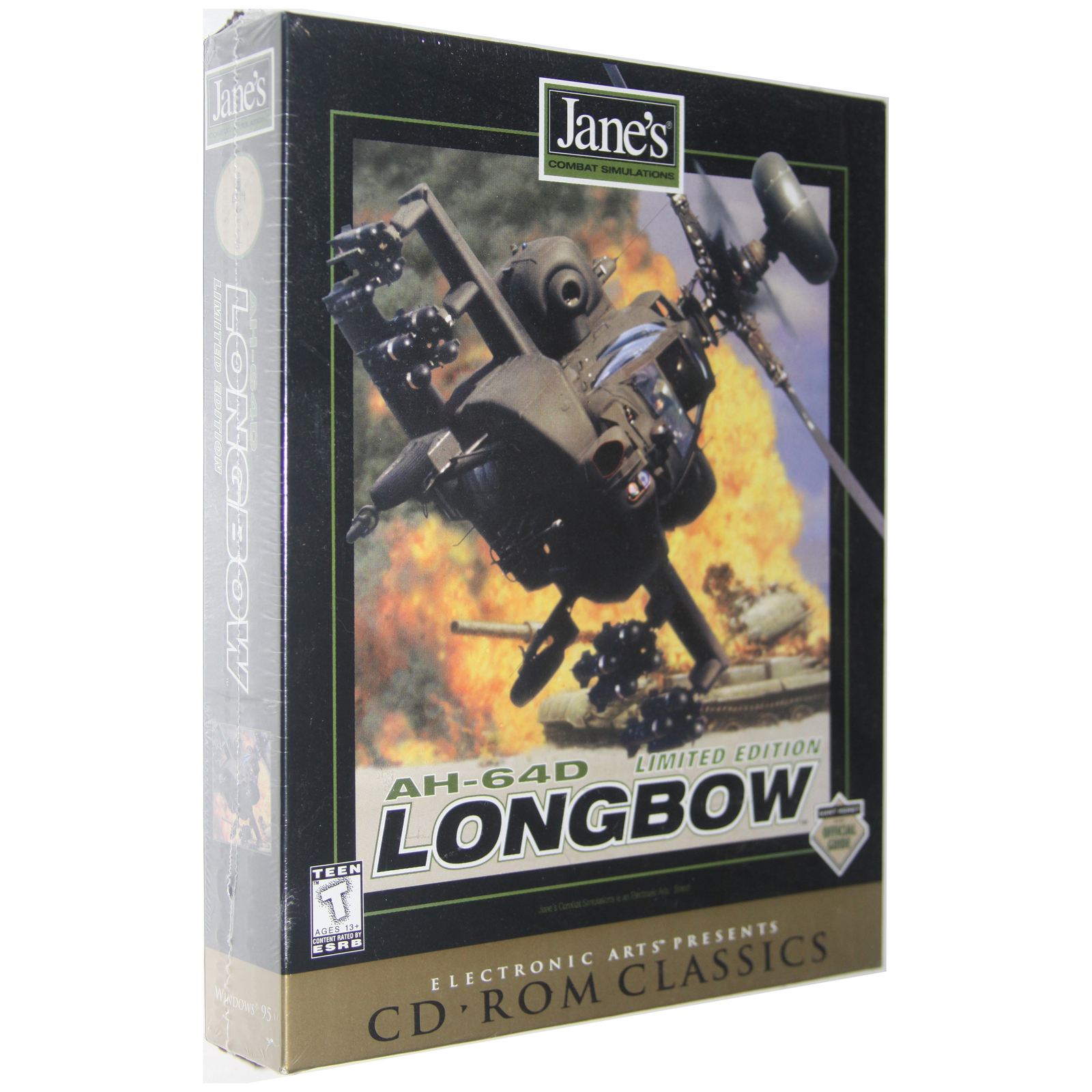 AH-64D Longbow is an ultra-realistic PC flight simulator of one of the world's most advanced attack helicopter, the AH-64D Longbow. Released on May 31, 1996, this simulation was developed at Origin Systems, Inc. by producer Andy Hollis and director Will McBurnett. AH-64D Longbow was the second simulator released under the Jane's Combat Simulators line from Electronic Arts.

It had the most authentic flight model for a helicopter (for its time), and every aspect of the electronics systems were meticulously detailed. The weapons had realistic operational ranges and limits, and all friendly and enemy units were strictly based on their real-life counterparts. A wingman helps the player, and the player takes on Russian equipment in multiple single missions and campaigns, as well as a handful of historically-accurate missions in which it is possible to 're-live' memorable battles. A mission disk, entitled Flash Point: Korea was released as an add-in in 1996, and a compilation pack, Longbow Gold was released in 1997. A sequel, Longbow 2 was released in late 1997. In 1998, Longbow Anthology was released, which included the whole Longbow series.

From the Manufacturer: One look at this detailed helicopter simulation, and you'll know it's from Jane's. Who else could bring you level after level of varied terrain, historical battles, and high-tech weaponry? This installment of the time-honored AH-64D LONGBOW cuts to the chase by removing the long-form Campaign mode. In its place, you'll get dozens of instant-action fights and historically accurate flights. Thousands of miles of 3D terrain make this one of the most comprehensive flight experiences ever to hit the PC.