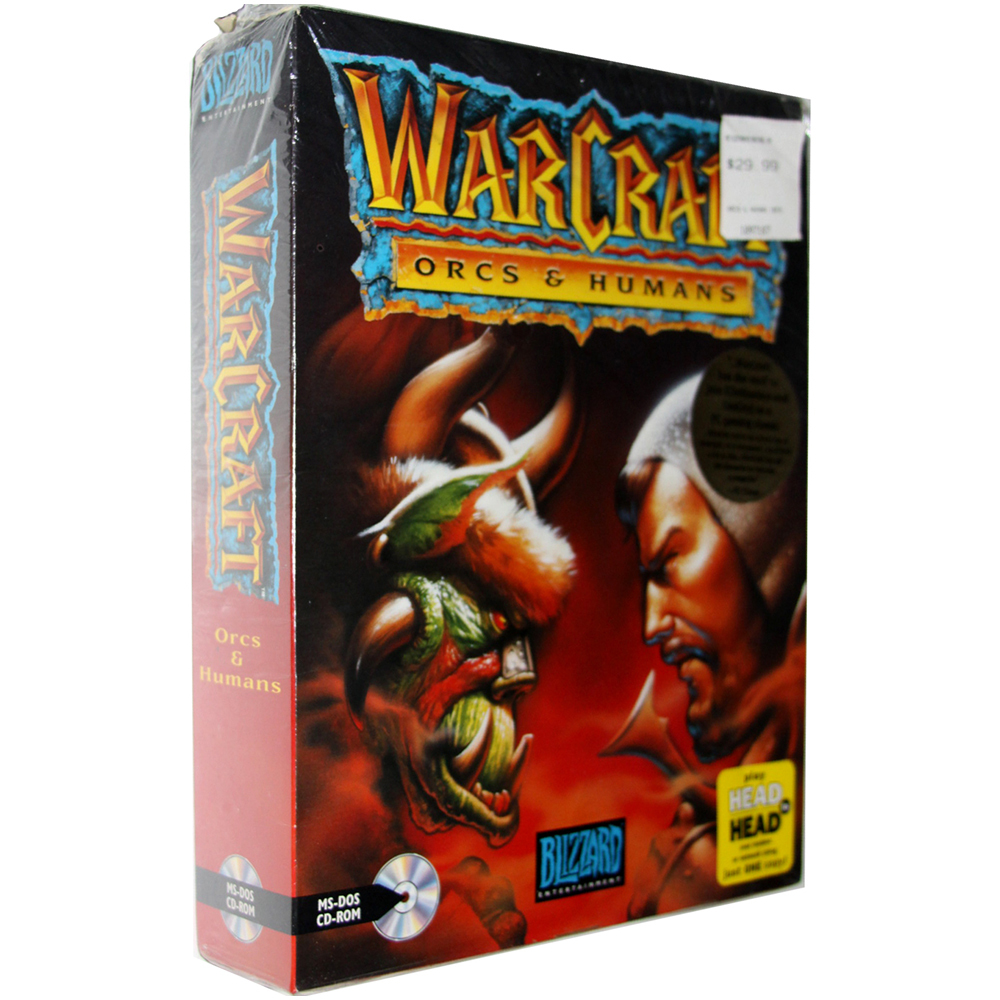 Warcraft: Orcs and Humans is a real-time, fantasy strategy game that puts you in direct control of the fate of one of the two races. Choose to lead the noble humans, or the barbaric orcish hoards. The human forces consist of armies of knights, archers, clerics and mages, while the Orcs bring undead and demonic forces into battle in an attempt to rule the world.

From the Manufacturer: Warcraft: Orcs & Humans is the real-time fantasy strategy game from Blizzard Entertainment that quickly became a best seller. Warcraft has not only become a classic, winning many awards, but it has set new standards for multiplayer games. Set in the mythic kingdom of Azeroth, players are given the task of maintaining a thriving economy while building a war machine with which to destroy the enemy.

By playing either the Humans or the Orcs in this saga, two separate story lines evolve with 12 scenarios per side telling the tale of the battle for Azeroth. From swords to sorcery, all the elements of classic fantasy are here to explore: rich forests, dark dungeons and bubbling swamps await the stalwart troops amassed to fight for dominance. Command many unique armies and creatures including Knights, Archers, Clerics, Warlocks, Daemons, Elementals, and the Dead.

Listing a "Like New" copy of WarCraft: Orcs & Humans (PC Game) 100% complete & in great condition - box has original shrink-wrap & sticker but unsealed on top - top of the box is a little rough where it's been opened