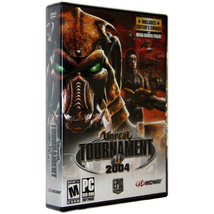 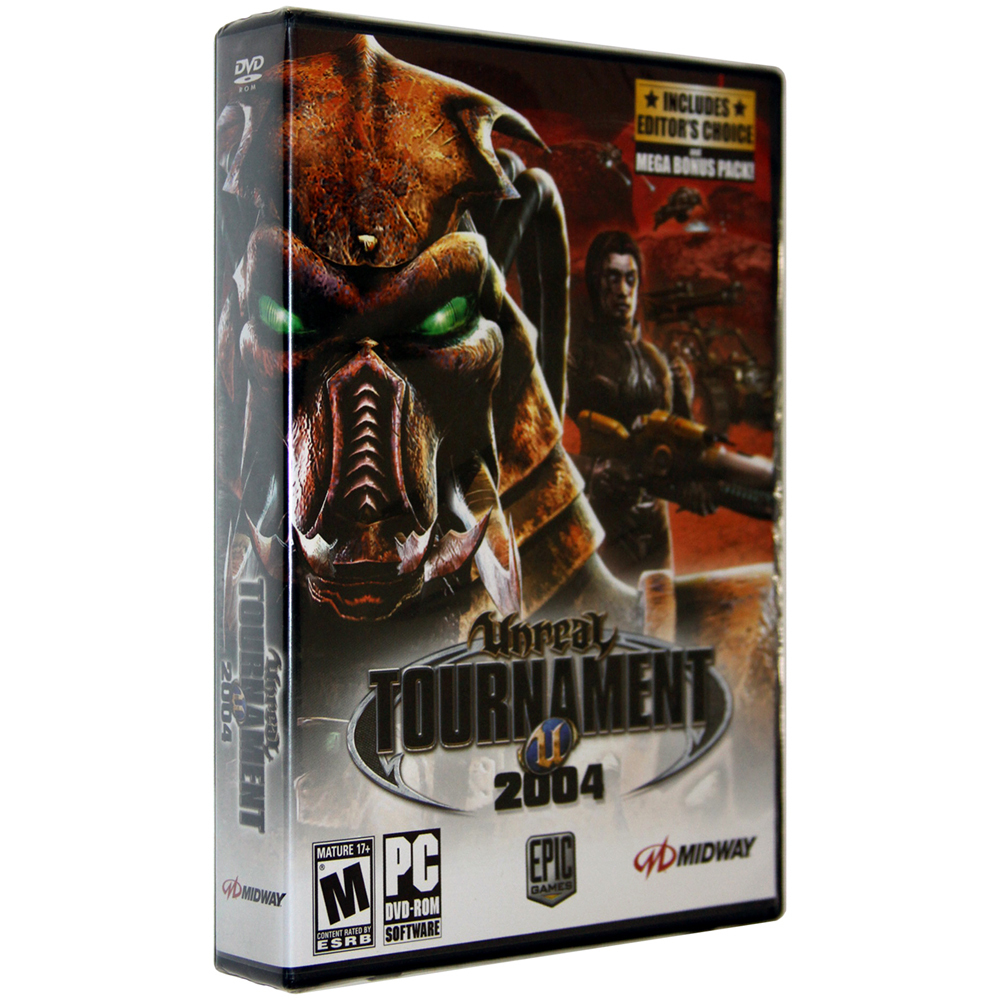 All of the modes of play and maps from Unreal Tournament 2003, along with the downloadable mission packs from 2003, more than 20 original maps, and a number of other features can be found in Unreal Tournament 2004. One major addition to the Unreal Tournament series is the inclusion of vehicles. Both land and air-based vehicles are accessible, as are a number of new weapons, including land mines, rocket-propelled grenades, and stationary gun turrets.
Returning from the original Unreal Tournament is Assault mode, which has one team attacking an objective while another defends the objective. After one round, the teams switch sides with the former defenders attempting to complete the assault faster than the other team. New to the series is Onslaught mode, which is where users will utilize the aforementioned vehicles. Maps in Onslaught mode are much larger than those found in the other modes of play. Teams are required to capture Power Nodes as they progress across the map, eventually establishing a link to the enemy's Power Core and destroying it.
In addition to the original version of Unreal Tournament 2004, this "Editor's Choice" package includes new vehicles and characters, maps for the Onslaught mode, and a number of high-quality community-developed, publisher-approved mods.
From the Manufacturer: Unreal Tournament 2004: Editor's Choice Edition (PC Games, 2004) Unreal Tournament 2004: Editor's Choice Edition adds new maps for the groundbreaking Onslaught mode, new vehicles, new characters and a wide selection of the best user-made game modifications (mods) hand-selected by the designers at Epic Games. Unreal Tournament 2004: Editor's Choice Edition also includes all of the content from Unreal Tournament 2004, such as the massively improved graphics, new weapons, and huge levels, and layers and layers of polish and gameplay depth. Along with all of UT2003's game modes and maps, UT2004 features vehicles, new weapons, two new game modes, and more new maps. The popular Assault mode from the original Unreal Tournament makes a welcome return to the series. The game mechanics remain the same: one team attacks by completing a series of objectives, while the other team must prevent them from succeeding.
Warnings: Blood and Gore, Intense Violence, Mild Language.
Buy For: $29.99 - $29.99
Condition: [BRAND NEW][SEALED] "US Retail" Mini boxed copy: As Pictured
Availability: Usually Ships within 24 to 48 Hours
Eligible for FREE tracking & delivery confirmation