The Lord of the Rings: The Battle for Middle-earth [PC Game] 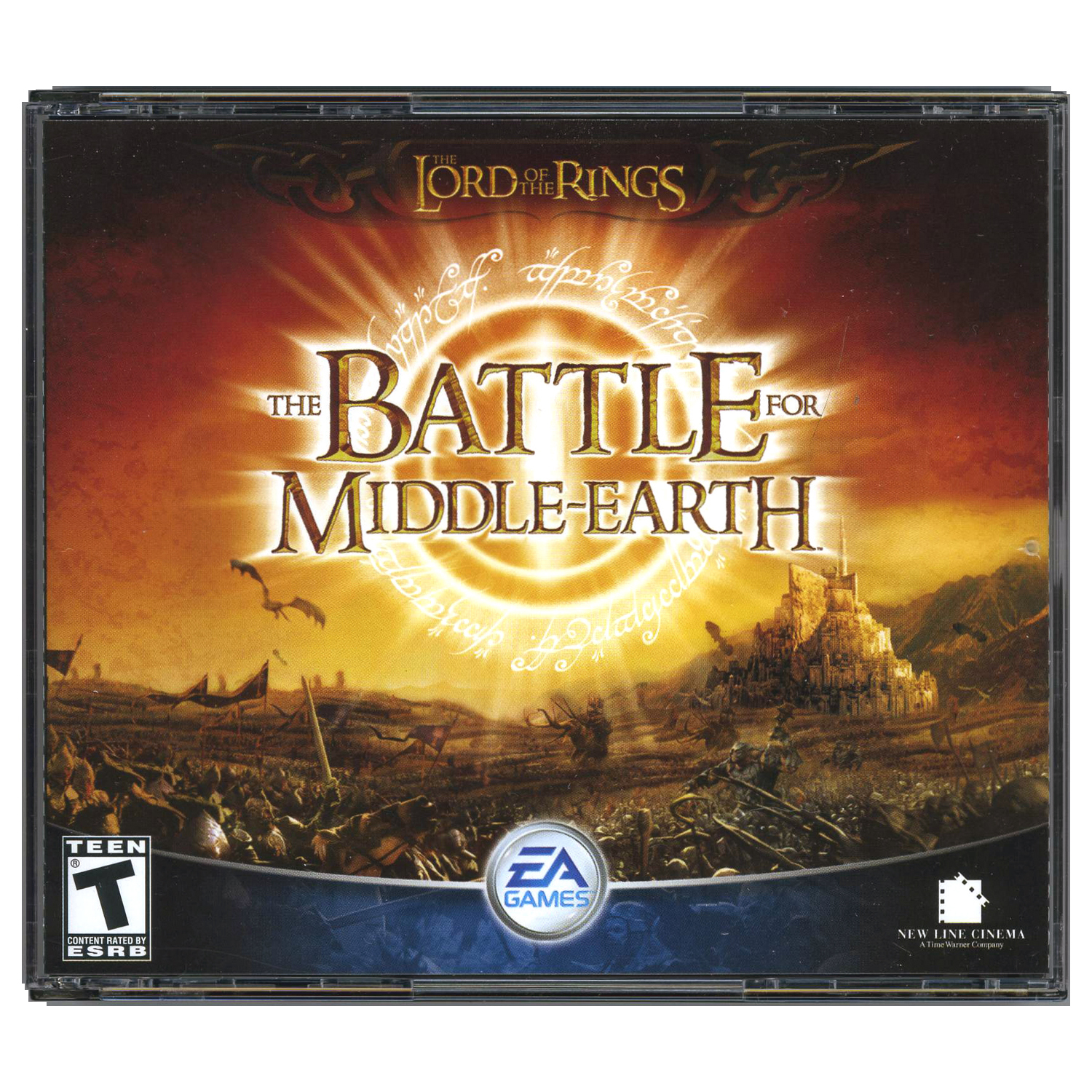 Amid chaotic, constantly changing battles of swords and sorcery, players lead their forces in a desperate struggle to save Middle-Earth. Built on EA's Command & Conquer: Generals engine, The Lord of the Rings: The Battle for Middle-Earth is a real-time strategy game set in the world of the Peter Jackson trilogy, based on the novels by J.R.R. Tolkien. It focuses on large-scale warfare instead of individual characters or the quest of the Fellowship, and is designed to re-create the epic battles featured in the three films. Familiar hero characters become available, however, and their powerful influences can turn the tide in a close battle.

Four different factions are featured -- the riders of Rohan, the armies of Gondor, the forces of Saruman, and the legions of Sauron -- and each relies on a different type of resource to develop and replenish its forces. The game includes two separate single-player campaigns; one has fans leading the forces of good against the orcs and goblins of Mordor, and the other allows them to guide the forces of evil to claim Middle-Earth for their dark master.

From the Manufacturer: Real-time strategy (RTS) game that focuses on delivering the epic scope and depth of J.R.R. Tolkien's amazing literary world. Players are in complete control of the epic battles as depicted in all three installments of the movie trilogy. From waging all-out combat among Middle-earth's vast armies to controlling the heroes or managing resources, the fate of a living, breathing Middle-earth is in the player's hands.

Using the Command & Conquer Generals 3D game engine, The Battle for Middle-earth features the forces of light or darkness in two separate campaigns. Complete with all of the epic music, actor voices, and other film assets seamlessly integrated into the game.