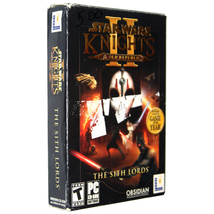 Star Wars: Knights of the Old Republic II - The Sith Lords [PC Game] added to cart. Only one available in stock 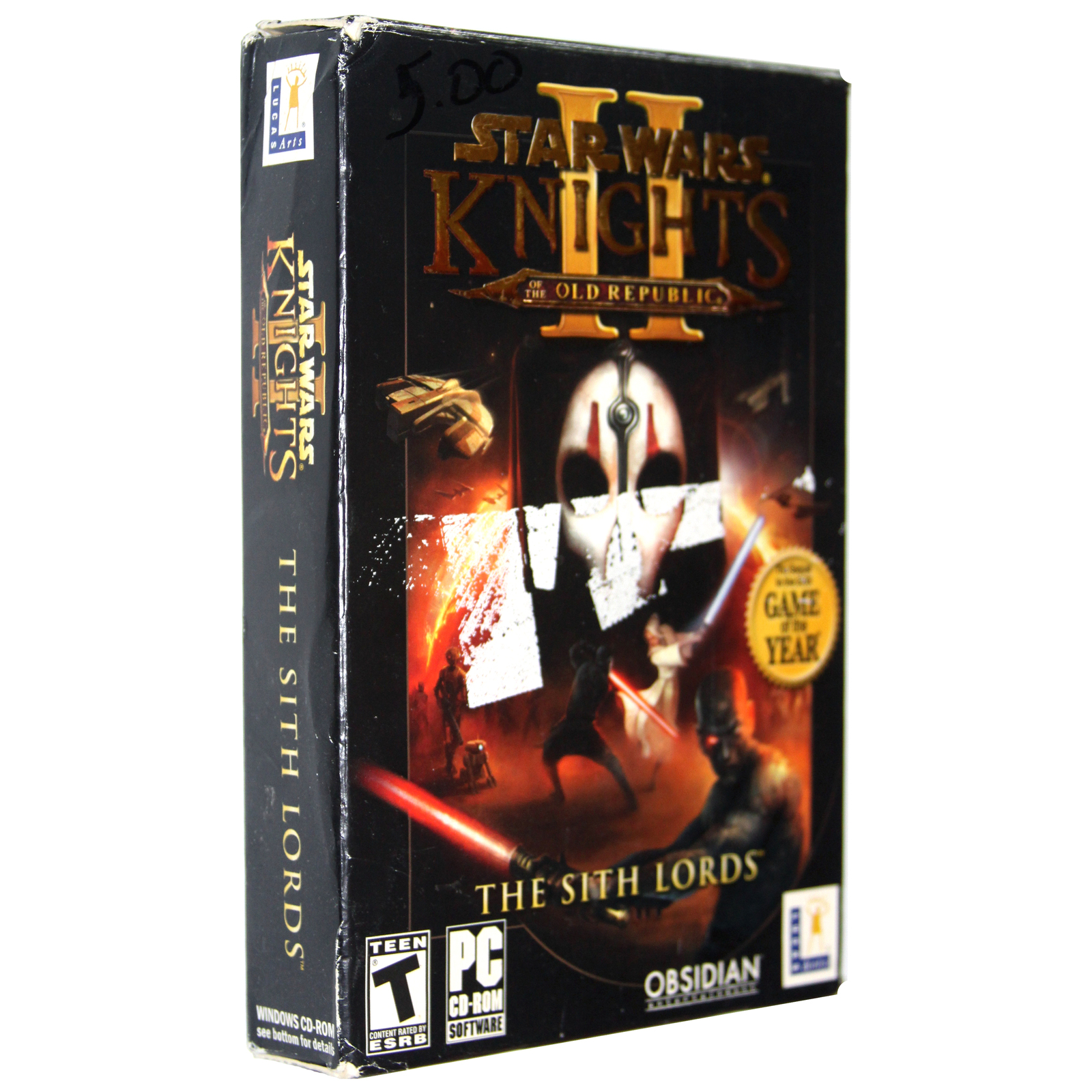 This sequel to one of the most widely acclaimed console releases of 2003 returns players to a galaxy far, far away, and an especially longtime ago. Set 4,000 years before the events of the Star Wars: Episode I film, this second role-playing adventure takes place five years after the events of the original Star Wars: Knights of the Old Republic. Players take the role of an exiled Jedi, who is believed to be the last of the noble order and is being actively hunted by the Sith. Beginning the game as a Jedi, players can choose which Jedi class their character will be, but as they start off as a beleaguered fugitive, they'll have no light saber, and they'll need to work to develop their special skills and powers.

This sequel refines the interface for easier navigation, and offers many new force powers for characters to learn, but the gameplay's third-person exploration and turn-based combat should feel familiar to fans of the original. Once again, through their decisions and actions, players will develop their characters toward the Light or Dark side of the Force, and the way that they progress down the path of Good or Evil will have great influence over the story and will determine which characters are willing to join their party. The game follows its own original storyline, but a number of characters and events from the first game are referenced.

Star Wars: Knights of the Old Republic II -- The Sith Lords is the first game developed by Obsidian Entertainment, a studio founded by former Black Isle and Blizzard designers. The sub-series' original creator, BioWare, has ties to Obsidian and its team of veteran developers, and was also involved in the design of this sequel.