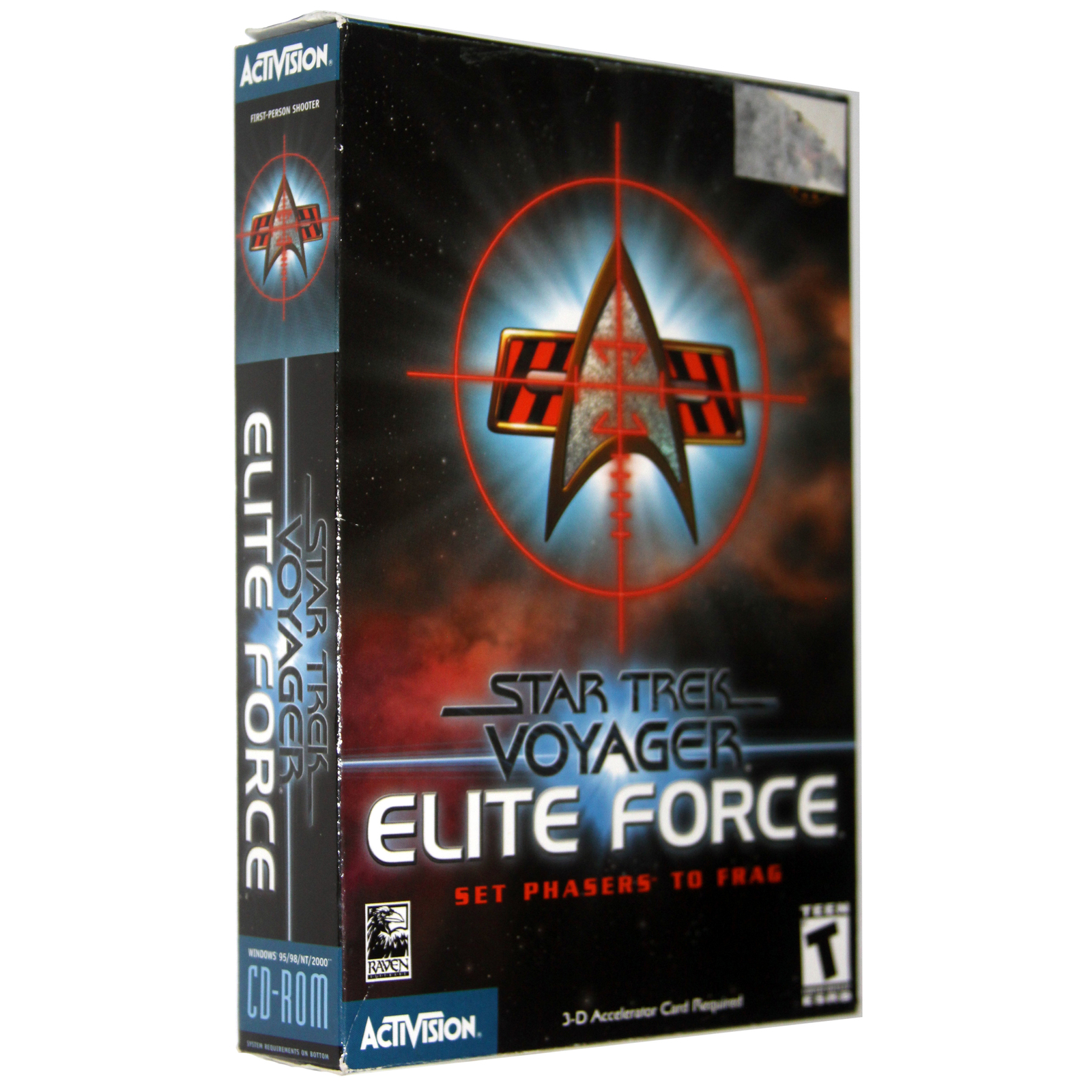 A derelict space vessel has attacked our ship and with the use of an energy sphere, has transported us to an uncharted region of space. All means of escape for Voyager and its crew have proven futile -- our sensors indicate this is the work of an alien mechanism. I am authorizing the activation of the newly formed Hazard Team, an elite force of men and women with extraordinary abilities that can take on this menace and eventually lead us back home. Captain out.

In single-player mode, Star Trek Voyager: Elite Force puts you in the role of Ensign Munro or Alexandria Munro, depending on your preference for male or female protagonist, to help in the fight against this alien menace. You control the actions of the lead character but not those of the Federation team who help accomplish goals and cover each other in combat. The game features actual voices from the TV series, including everyone from Captain Janeway to Seven of Nine.

From the Manufacturer: This first person shooter set in the Star Trek universe lets you take control of a member of the Starship Voyager crew as you combat the Borg and other enemies. The game utilizes the Quake 3 engine for incredible graphics as you travel through many familiar locations --Voyager, a Borg cube, a Klingon Bird of Prey, and more. The game also requires you to solve missions with the help of intelligent computer controlled teammates and allies.