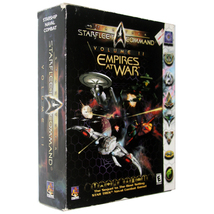 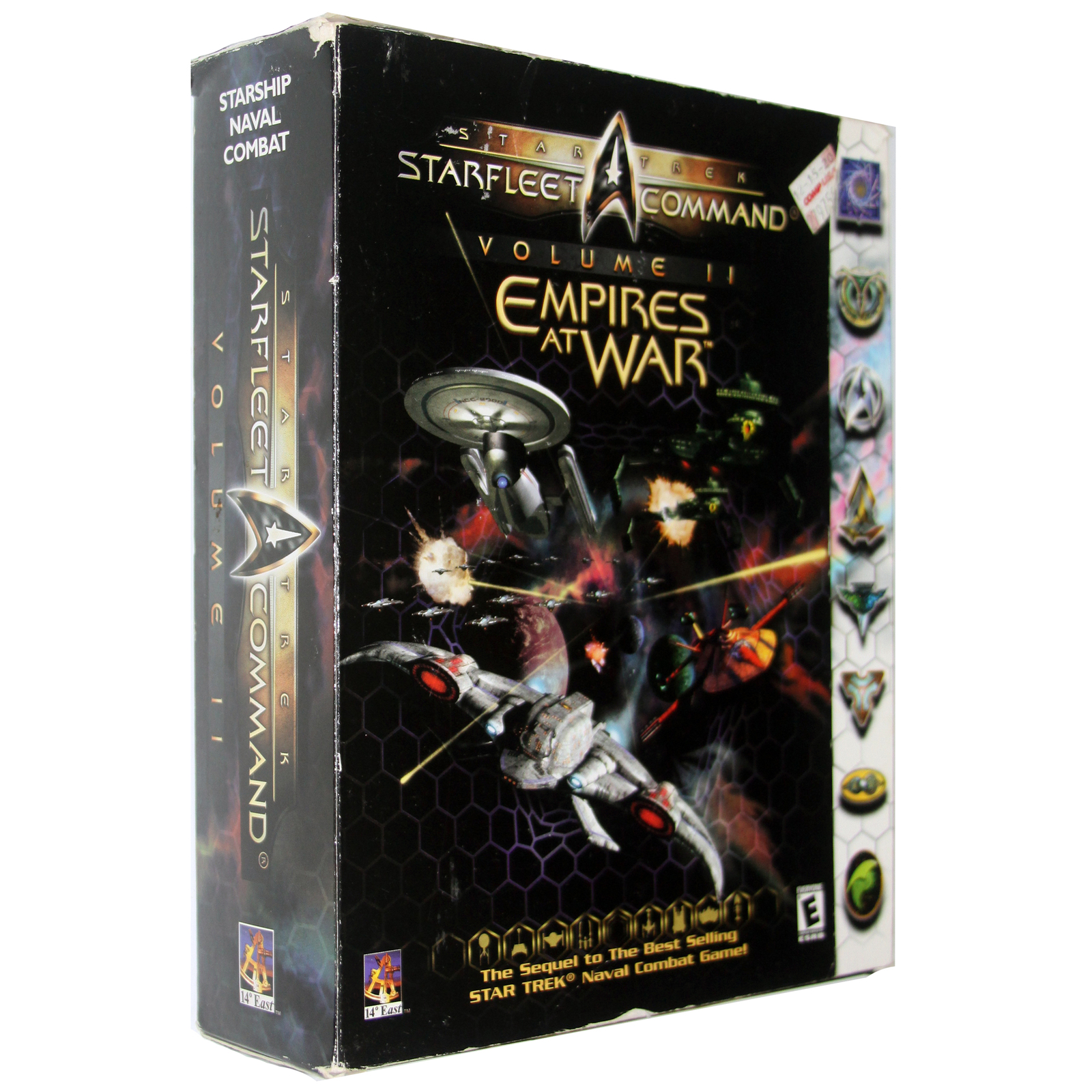 The Organians have hired the Interstellar Concordium (ISC) to help restore peace and order to the Alpha Quandrant by forcing eight races into submission. You pilot your own ship in one of the eight galactic governments (Gorn Confederation, Hydran Kingdoms, Interstellar Concordium, Klingon Empire, Lyran Star Empire, Mirak Star League, Romulans or the United Federation of Planets) forced to thwart this action.
Star Trek: Starfleet Command Volume II -- Empires at War, a space combat simulation, features both single and multiplayer missions, with the latter played over the Internet in the online Dynaverse 2. Single player action offers tutorial, skirmish or campaign modes. The tutorial covers all aspects of ship control (weapons, defense, movement, science and command), skirmish mode puts you instantly in battle utilizing a ship of any of the eight races and the campaign provides a choice of race and missions.

The Alpha Quadrant contains not only enemy races but monsters of unknown origin. You can sabotage the enemy by beaming aboard their ships and taking out specified systems. Electronic Counter Measures (ECM) are used to destroy incoming missiles. Mission success earns prestige points that are used to buy new ships or repair and restock existing craft. Although you control only one ship in battle (the computer handles the rest), you can relinquish control to a secondary officer at any time and move to another ship.